Our Power: Our Power: Creating a Just Future for All

Thank you for making our 2022 Conference Speaker Series such a great success! You can watch all the sessions below.

We have a chance to make a change.

For 40 years, wages have stagnated and public spending on our essential public services has declined. Under the COVID-19 pandemic, already-existing inequality has soared. Our front-line workers are stretched thin and burnt out. Climate change is reaching critical and irreversible levels. There is no doubt that the situation we are collectively facing is dire.

But we have seen time and time again what happens when the people band together in solidarity to demand change. It's not enough to return to normal. We need to create a future where absolutely no one is left behind.

How do we build a just recovery that starts with public services and puts working Albertans at the centre? How do we refuse to return to the inequitable status quo and demand better?  Join us every Thursday evening in April at 6:30pm for a wide range of discussions about what we need to do to protect and strengthen our public services and take bold action for a just recovery.

Thank you to CSU52 for their generous sponsorship of our speaker series. 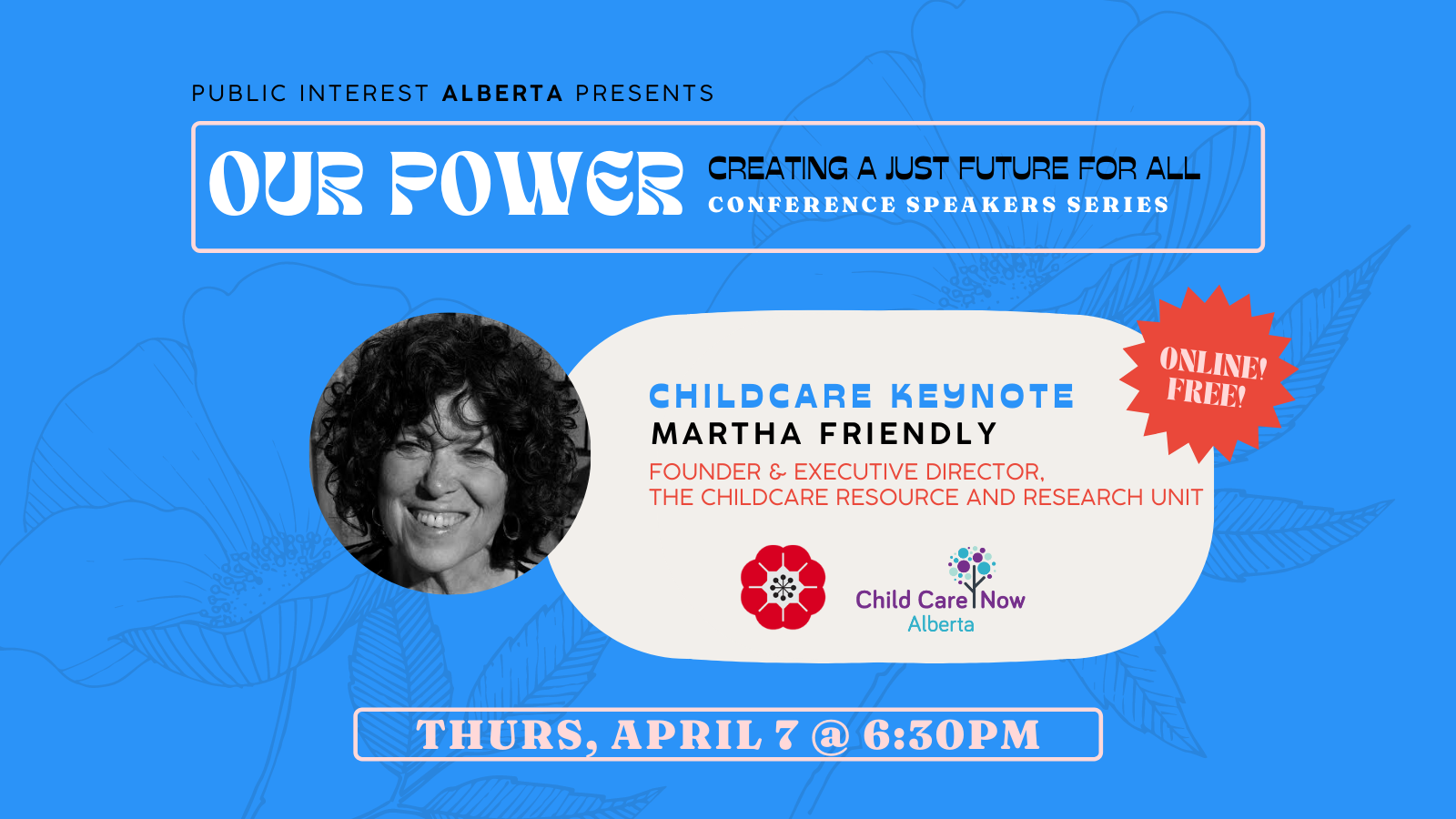 Child Care: The Foundation of a Just Future for All

Child care advocates celebrated a historic victory in 2021 as the federal government rolled out an ambitious plan for universal child care across the country. If applied well, this new funding could be a game-changer for families, for women’s equality, and the foundation of a just future for all Canadians.

While affordability is a critical piece in the puzzle for a child care and early education system that works for the many not just the few, we also need that system to be high-quality and accessible to all who need it.

How did we get to this moment after decades of advocacy?  Are there threats to building this system? What do we need to do now?

In partnership with Child Care Now Alberta, join world-renowned child care advocate and policy researcher Martha Friendly as we explore what's next -- how to move from what we've won to ensuring the child care system we build is part of creating a just future for all. 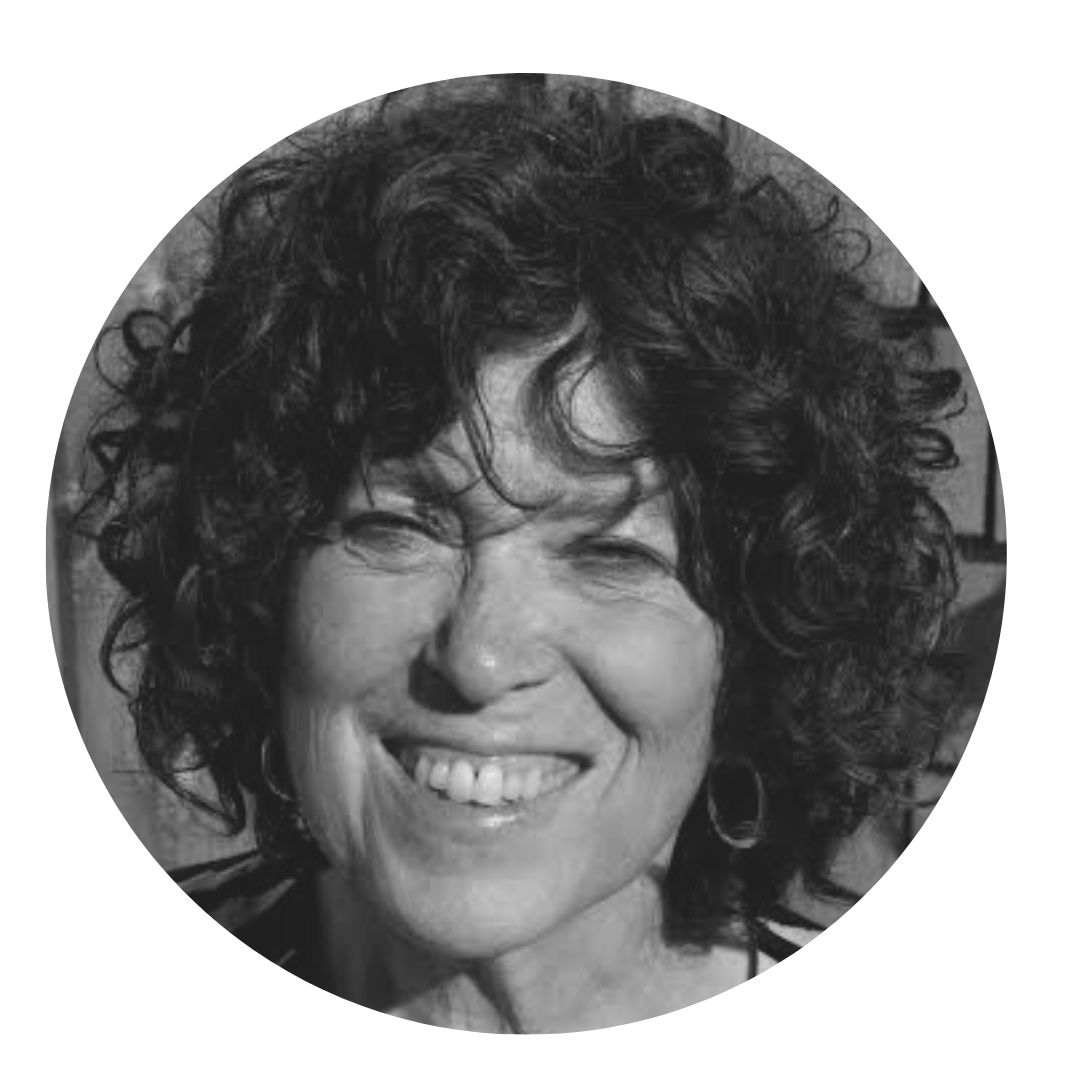 Martha Friendly is the founder and executive director of the Childcare Resource and Research Unit (CRRU). She has been a policy researcher and advocate for a Canada-wide universal childcare program for more than 40 years, collaborating with the childcare sector, researchers, feminist and social justice groups and policy makers.

She has substantial expertise in childcare and family policy in Canada and internationally, publishing extensively in academic, technical and popular venues and authoring two books on childcare policy. Martha was a member of the federal childcare minister’s Expert Panel on Early Learning and Child Care and has received a number of awards recognizing her contributions to Canadian childcare including a Queen Elizabeth II Diamond Jubilee medal, an honourary doctorate from Trent University and the Broadbent Institute’s Charles Taylor Prize for Excellence in Policy. 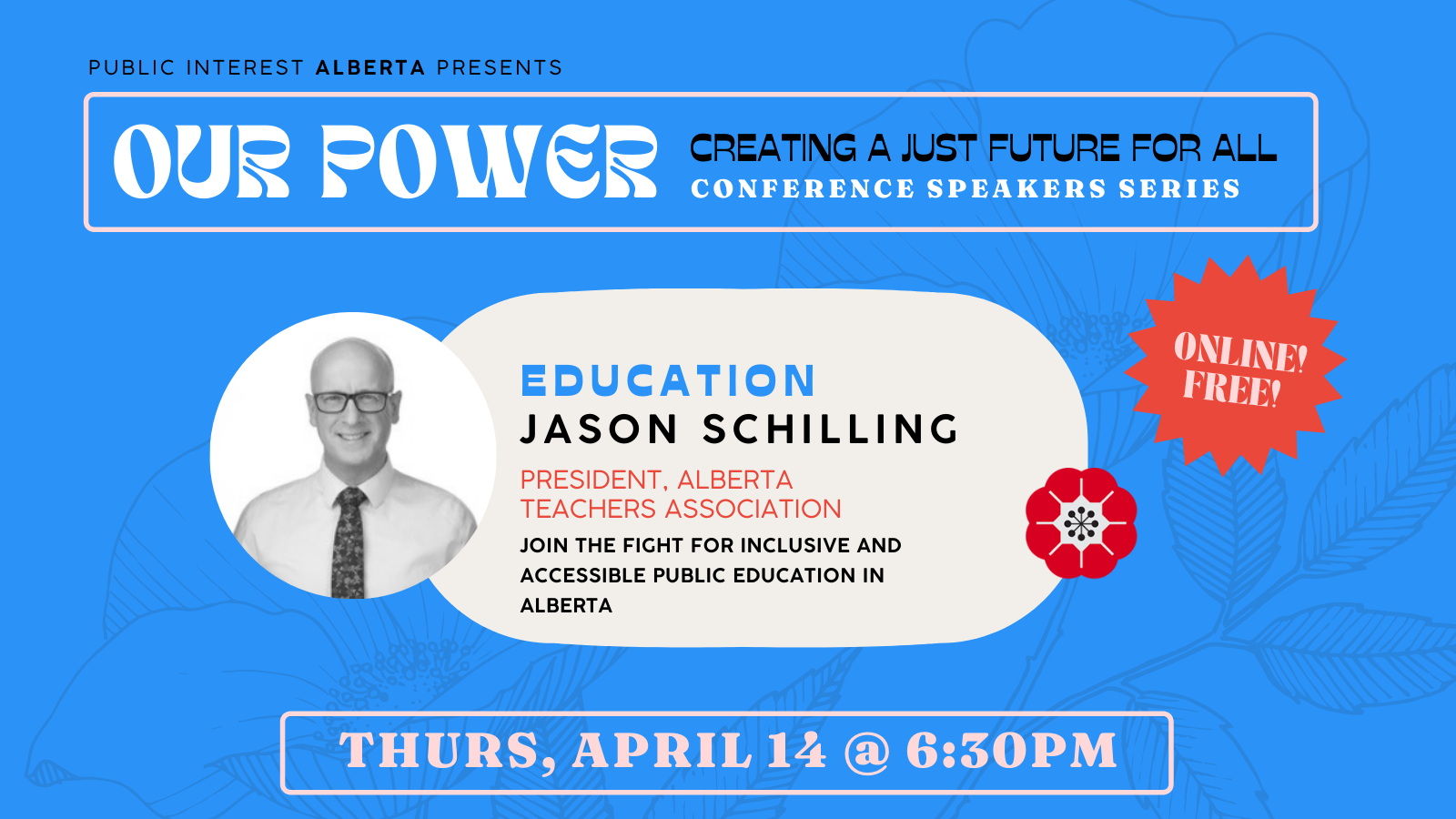 Alberta’s K-12 public education is world leading in quality and outcomes. But decades of underfunding have meant core issues like overcrowded classrooms and lack of learning supports for children with diverse needs have not been addressed to ensure equitable outcomes for all Albertan students.

With the added pressure of the COVID-19 pandemic and the current government’s single-minded obsession with fracturing the public system, a deepening crisis is unfolding in education. Teachers are exhausted, burnt out, and tired of the attacks by the UCP government. To add insult to injury, the UCP recently announced their intentions to introduce more privatization. 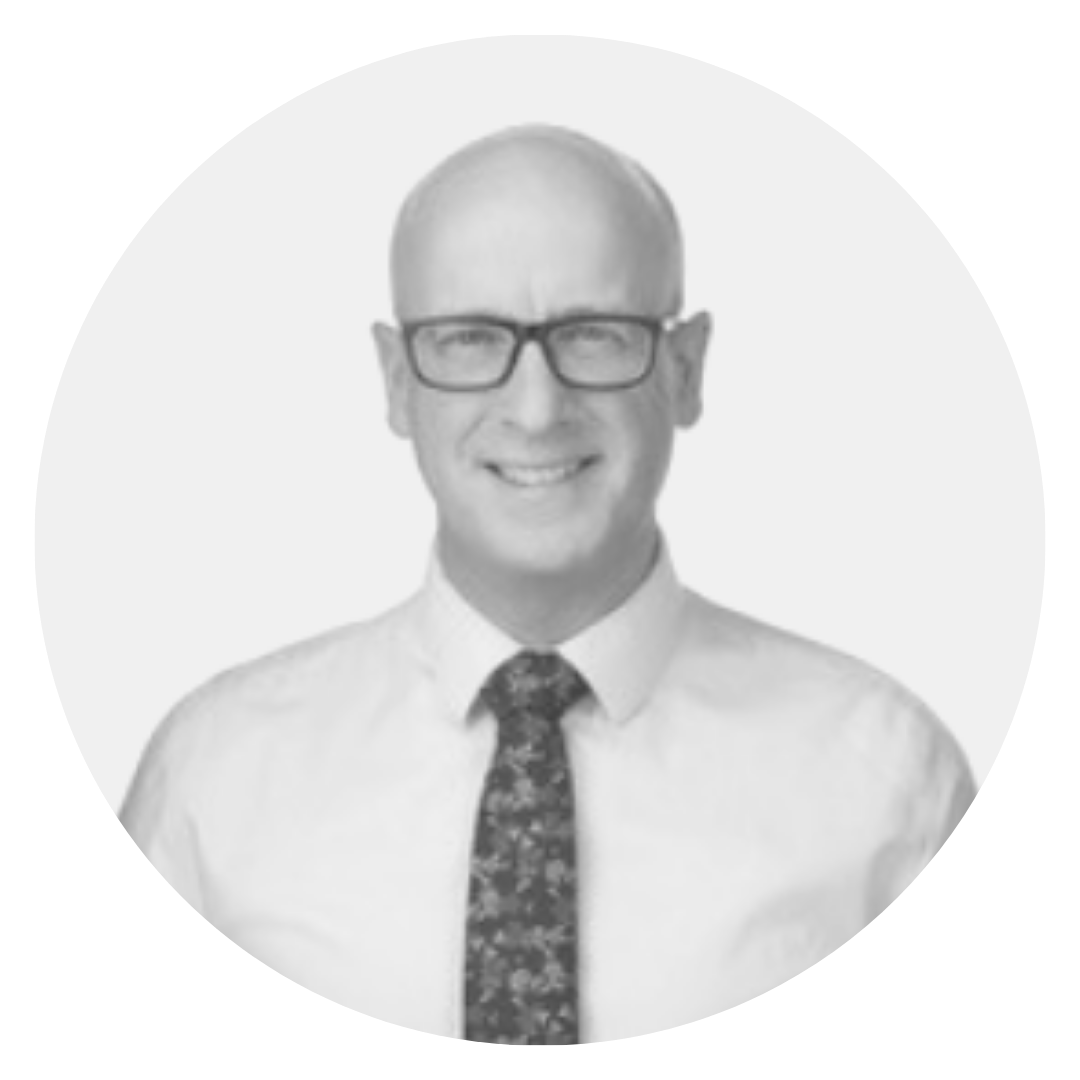 Jason Schilling was elected president in 2019 following two years of service as vice-president and more than eight years of service as district representative for South West. Prior to his election as President of the ATA, Schilling taught English and drama teacher at Kate Andrews High School, in Coaldale, where he worked for the 17 years. Schilling’s assignments as president include chairing the CTF (Canadian Teachers’ Federation) Committee, serving as a member of the Strategic Planning Group and the Teacher Salary Qualifications Board, and acting as Provincial Executive Council liaison to the English Language Arts Council. He also represents the Association on the CTF Board of Directors. 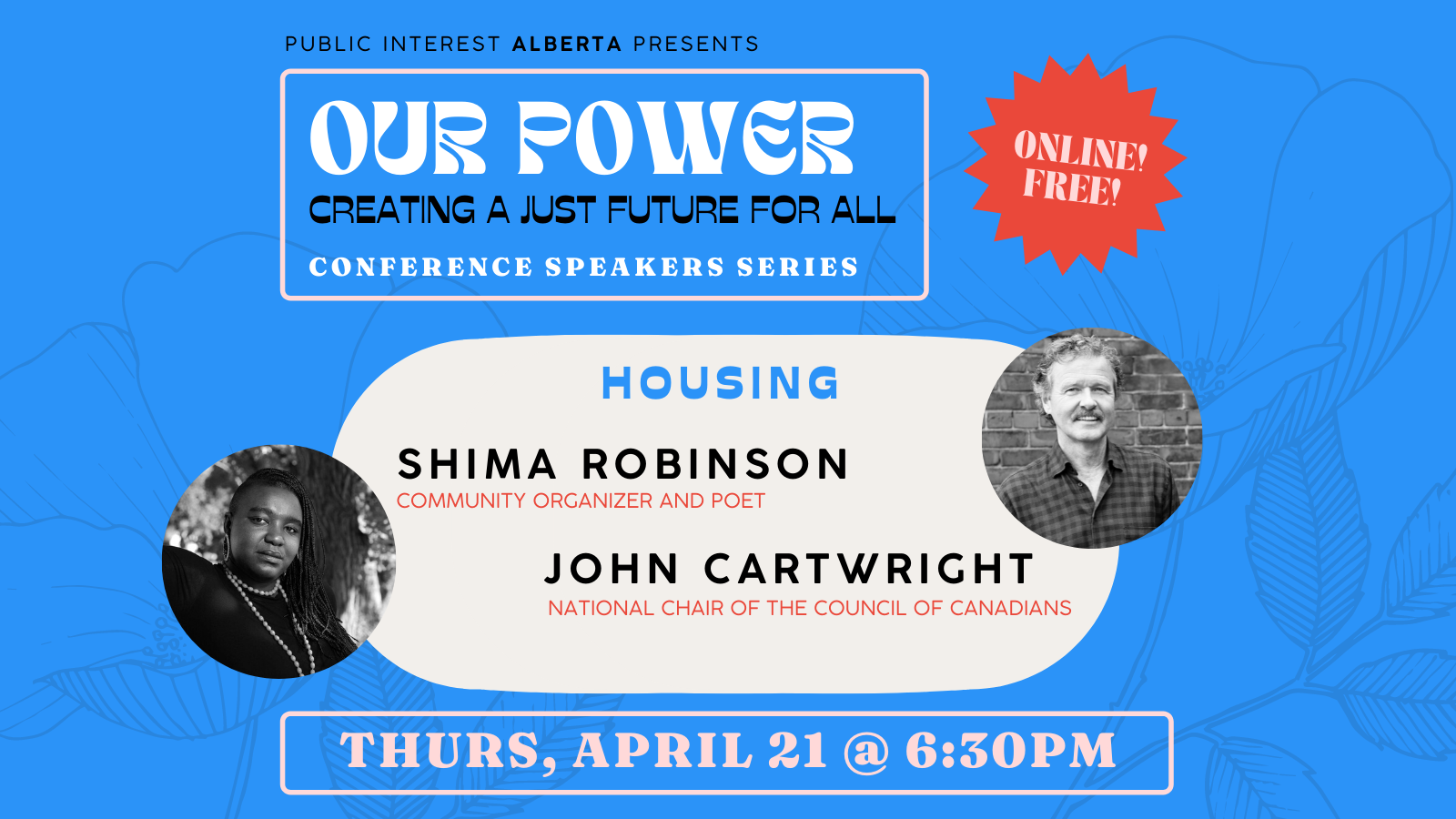 Housing is a Human Right

Housing is a human right under Canadian law.  It is essential – just like food and water. Every single person in Alberta needs a safe place to call home.

In Alberta, we’re facing an ongoing and deepening housing emergency. Many people are struggling to access this basic human right. 24,000 households in Alberta are waiting for affordable housing support. And those who already have housing are facing rapidly rising rents, substandard accommodations, and the stress and anxiety that goes along with these realities.

Rather than helping  families to ensure no one is left behind, the Kenney government has given yet another gift to wealthy corporations – the big financialized landlords and developers. The UCP have handed over public housing into profit-motivated private hands – meaning the rich are getting even richer at the expense of struggling families.

Every dollar that goes into profits is a dollar taken away from families who need housing support.

Adequate, accessible, and affordable housing is a cornerstone for a recovery for all. We need to work together to protect ourselves and our neighbours by demanding housing for all. We know the solutions but now we need to make them happen. 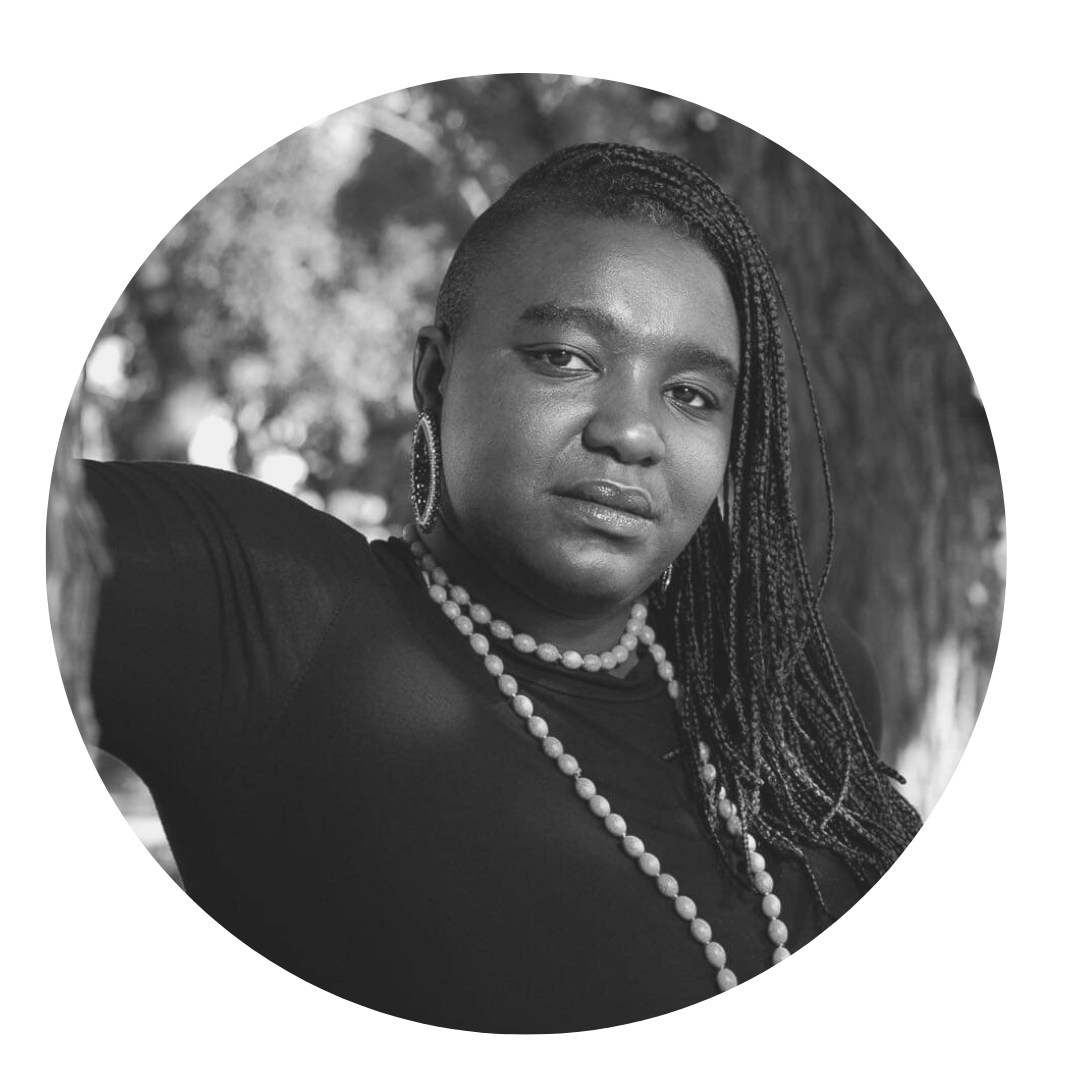 Shima Aisha Robinson is the Artistic Producer of the Edmonton Poetry Festival, a graduate student at the University of Alberta, and an amiskwaciy-wâskahikan (Edmonton) born poet and spoken word artist who embodies, with every literary and scholarly effort, the ancient meaning of her chosen pen name. Dwennimmen is the name of an ancient African Adinkra symbol, which means strength, humility, learning and wisdom. For Dwennimmen, poetry has long been a compass, a salve, an anchor and guiding light. 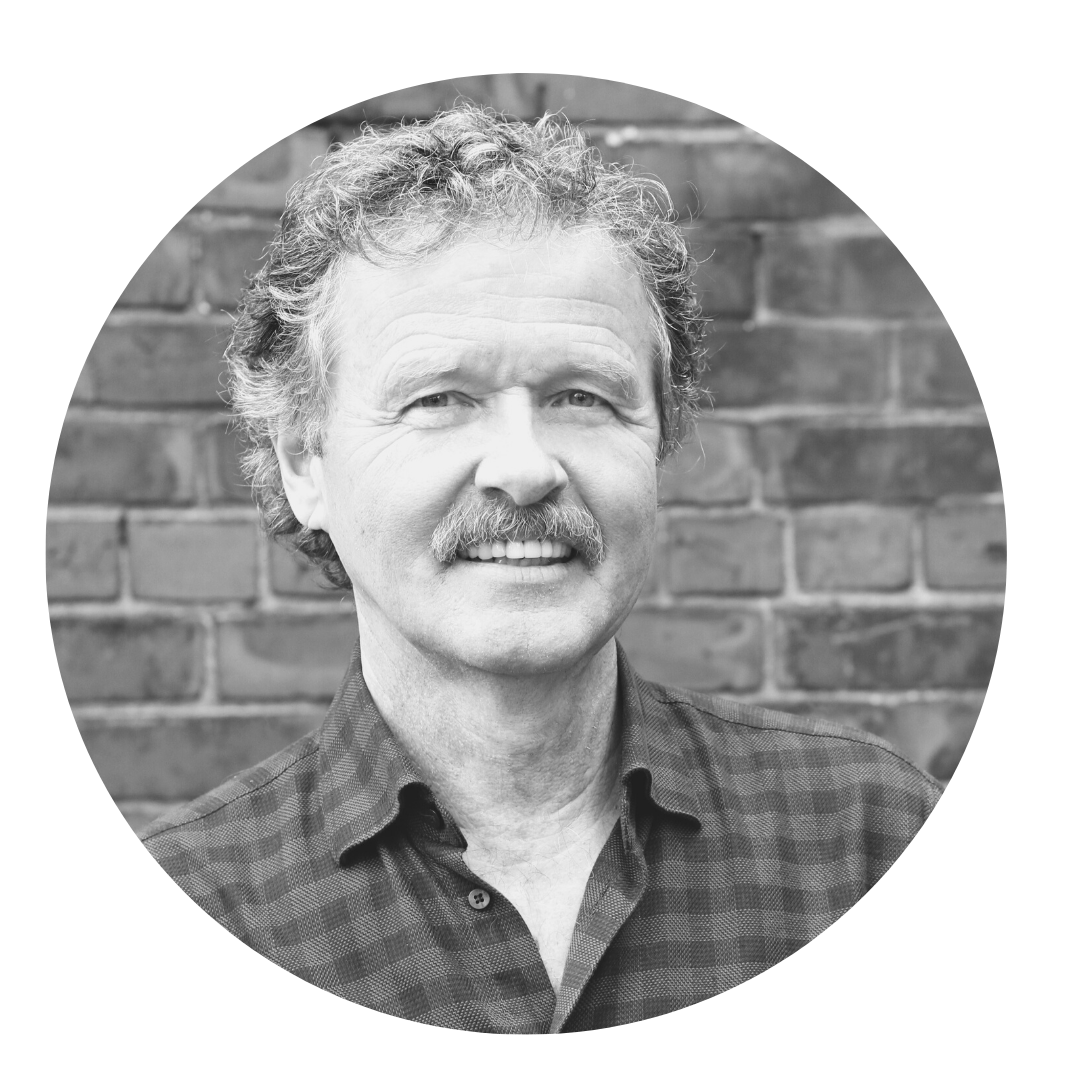 John Cartwright is the National Chair of the Council of Canadians and past President of the Toronto & York Region Labour Council.  A carpenter by trade, John has served on a number of public boards and co-chaired the Toronto Community Benefits Network, focused on winning community benefits and equity hiring on major infrastructure projects.

Over the years he has helped develop the Campaign for Public Education, Public Transit for the Public Good, and Toronto Waterwatch campaigns to defend vital public services in Toronto. John has been deeply involved in anti-racism work and political bargaining for worker’s rights. He has written extensively on Just Transition and climate justice. 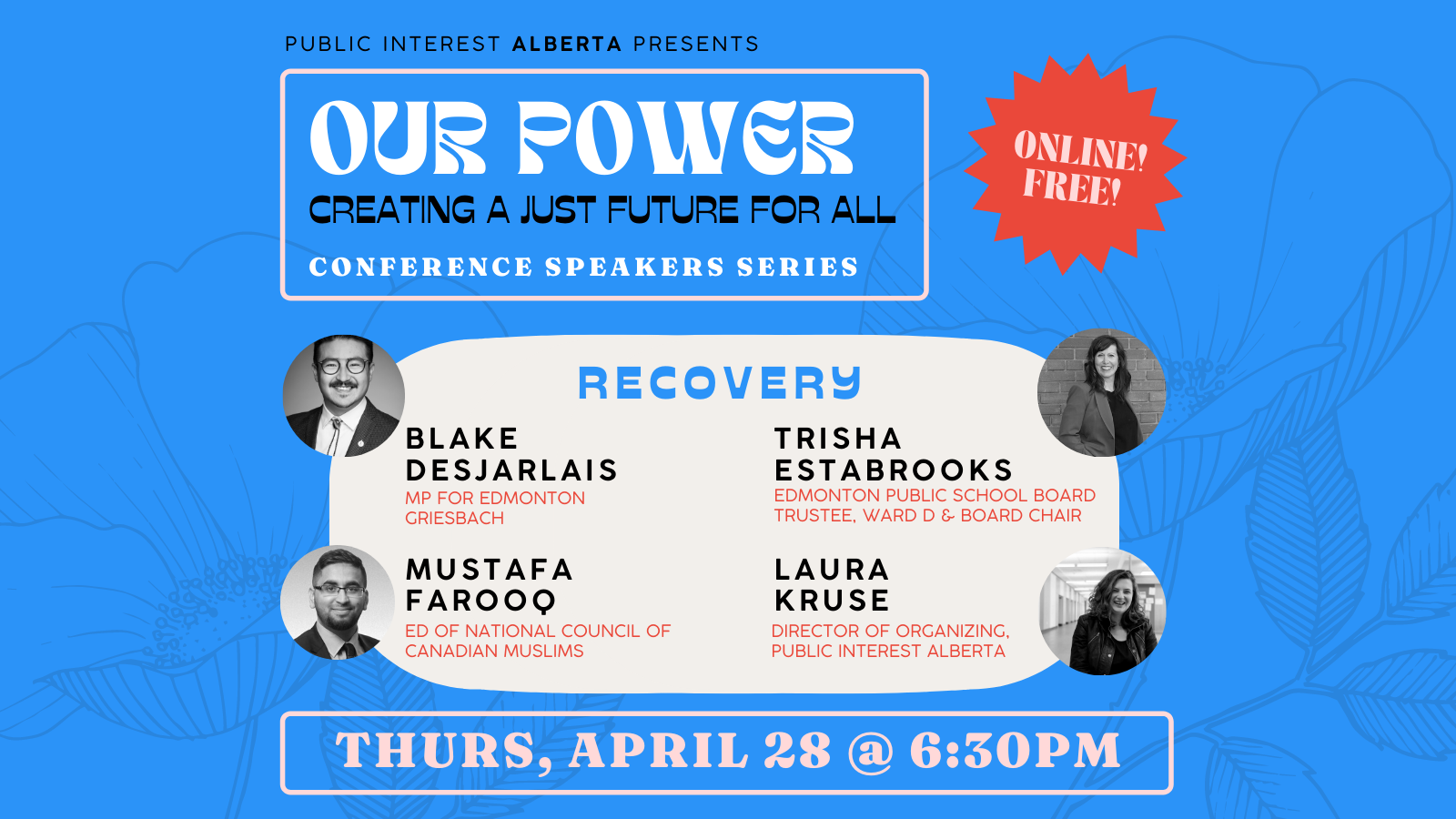 A Just Recovery for All

We recently marked two years since the World Health Organization declared COVID-19 as a pandemic. All of us felt the value of our public services acutely. From the health care workers protecting us from infection, to teachers struggling to continue education online, to families feeling the effects of a lack of access to child care, never has the importance of our public services been more tangible.

The recession from COVID-19 has affected some communities much more dramatically than others. Those who were already wealthy in society saw their incomes soar, while those already-struggling have been left in the lurch. 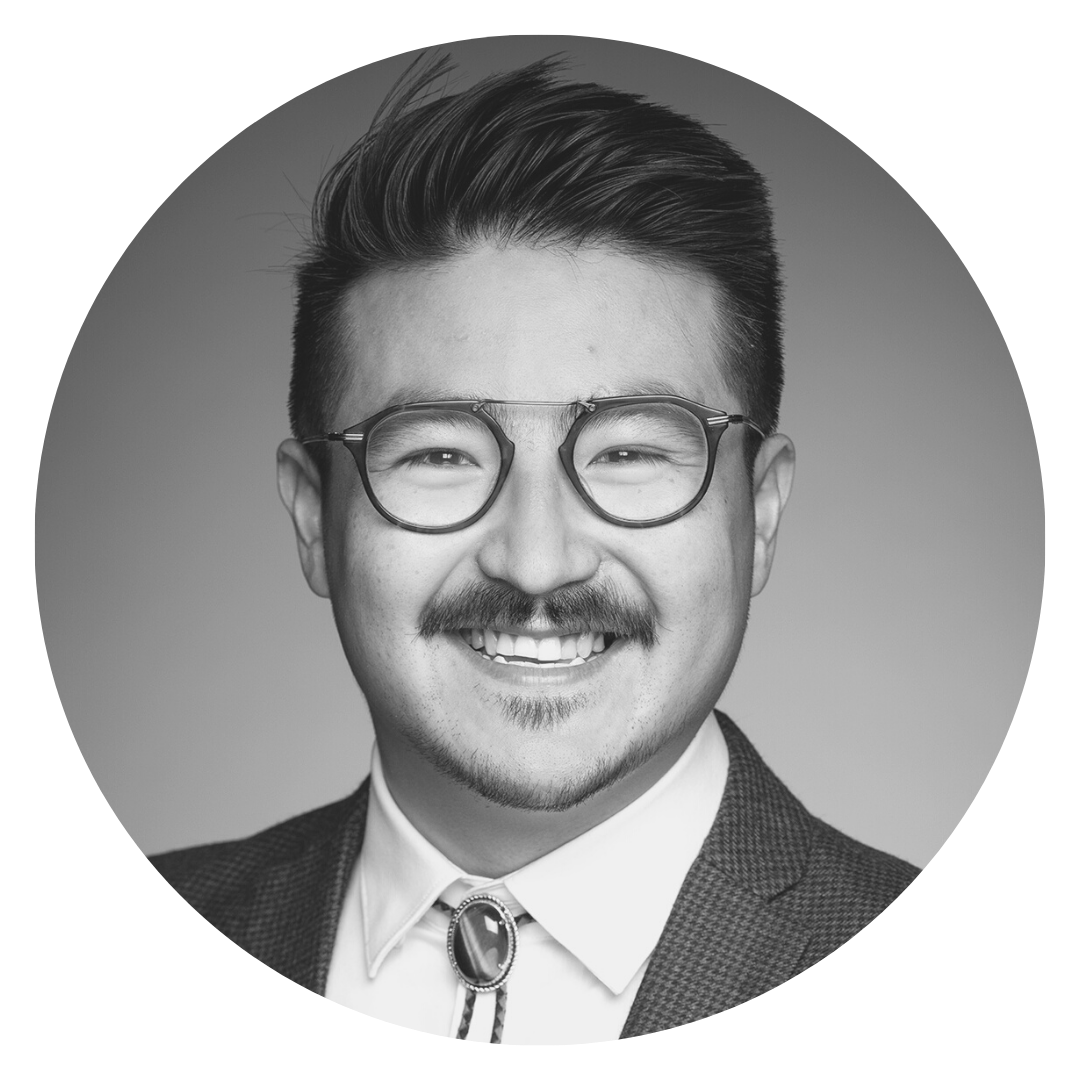 Blake Desjarlais (he/him) was born in ᐊᒥᐢᑲᐧᒋᕀᐋᐧᐢᑲᐦᐃᑲᐣ (Edmonton) and raised in the Fishing Lake Metis Settlement.

Blake made history in September 2021 when he was the first openly Two-Spirit person and Alberta’s only Indigenous Member of Parliament to have been elected to the House of Commons.

Blake currently serves as the Caucus Vice Chair and Critic for Treasury Board, Diversity and Inclusion, Youth, Sport and Post-Secondary Education. Blake is the Deputy Critic for 2SLGBTQI+ Rights and Immigration, Refugees and Citizenship.

Blake is proud to call the Boyle Street neighbourhood in Edmonton Griesbach home. 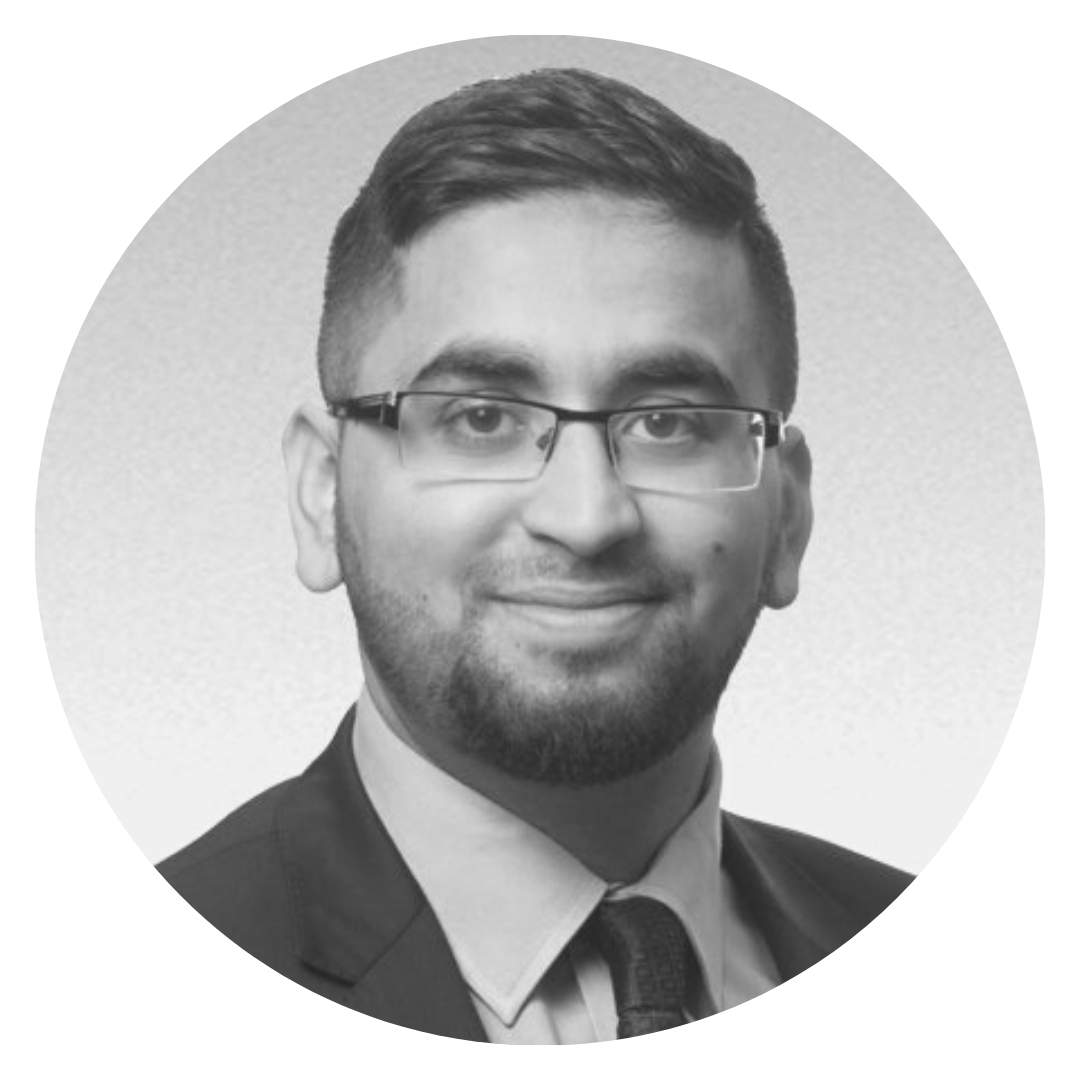 Mustafa Farooq is the Chief Executive Officer of the National Council of Canadian Muslims (NCCM). A lawyer by profession, Mustafa completed his Juris Doctor at the University of Alberta and Osgoode Hall (York University) and later earned his Master of Laws (LLM) at UC Berkeley in California. He previously served as a senior political staffer to a provincial cabinet minister in which role he worked on various legislative and policy initiatives.

He is a published writer and commentator in various news media and publications on issues related to Canadian Muslims, human rights & civil liberties, and public policy issues including Islamophobia and national security. 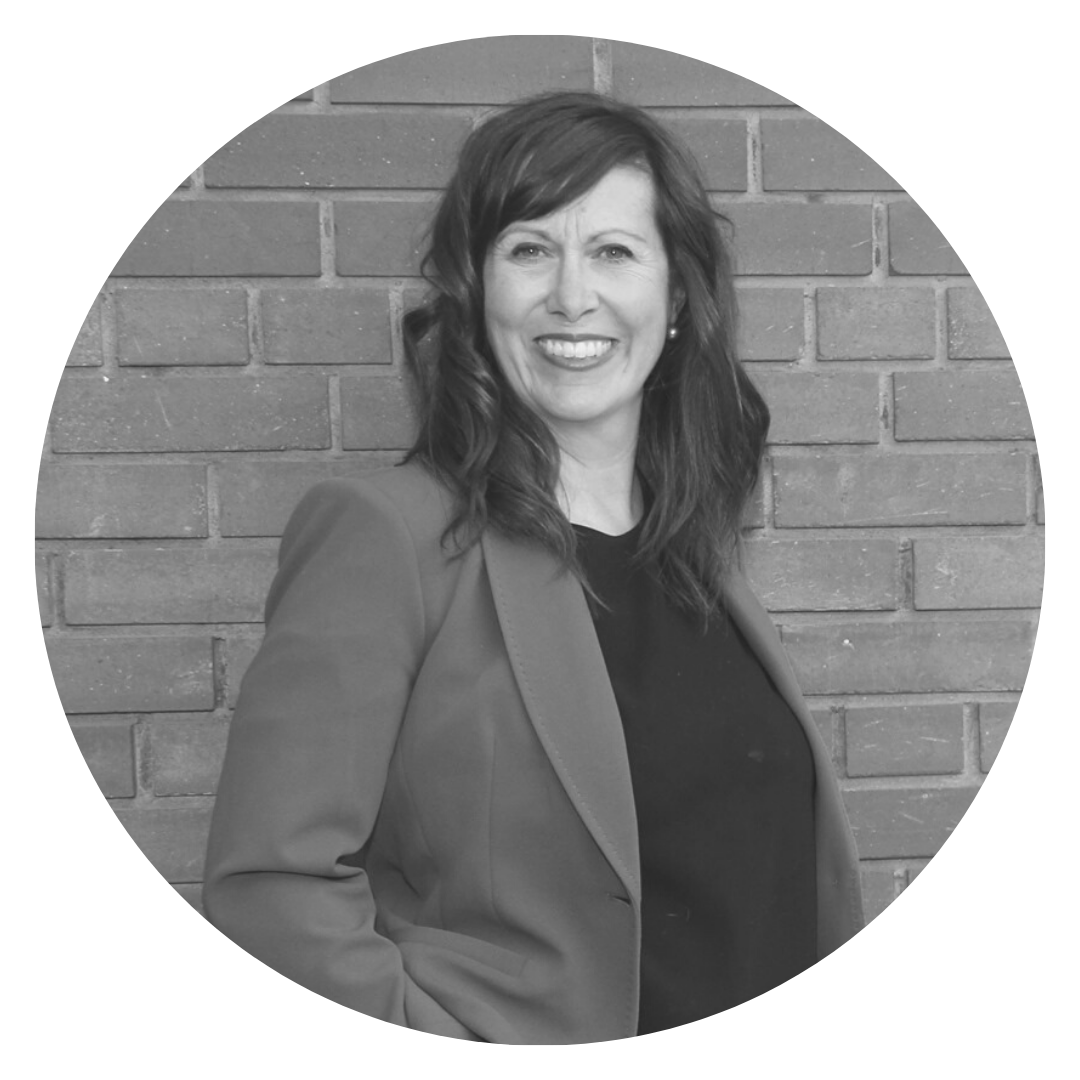 Trisha Estabrooks is a fierce advocate for public education. She is the chair of the Edmonton Public School Board and was re-elected for a second term as Trustee for Ward D in 2021.

Trisha is an award-winning journalist who spent 17 years working for CBC in stations across the country. She spent a year working as a journalism trainer in Ghana, West Africa with Journalists for Human Rights. Trisha was co-host and producer of “The Broadcast,” a podcast about women and politics. She has lived in Edmonton’s Ward D with her family since 2007. 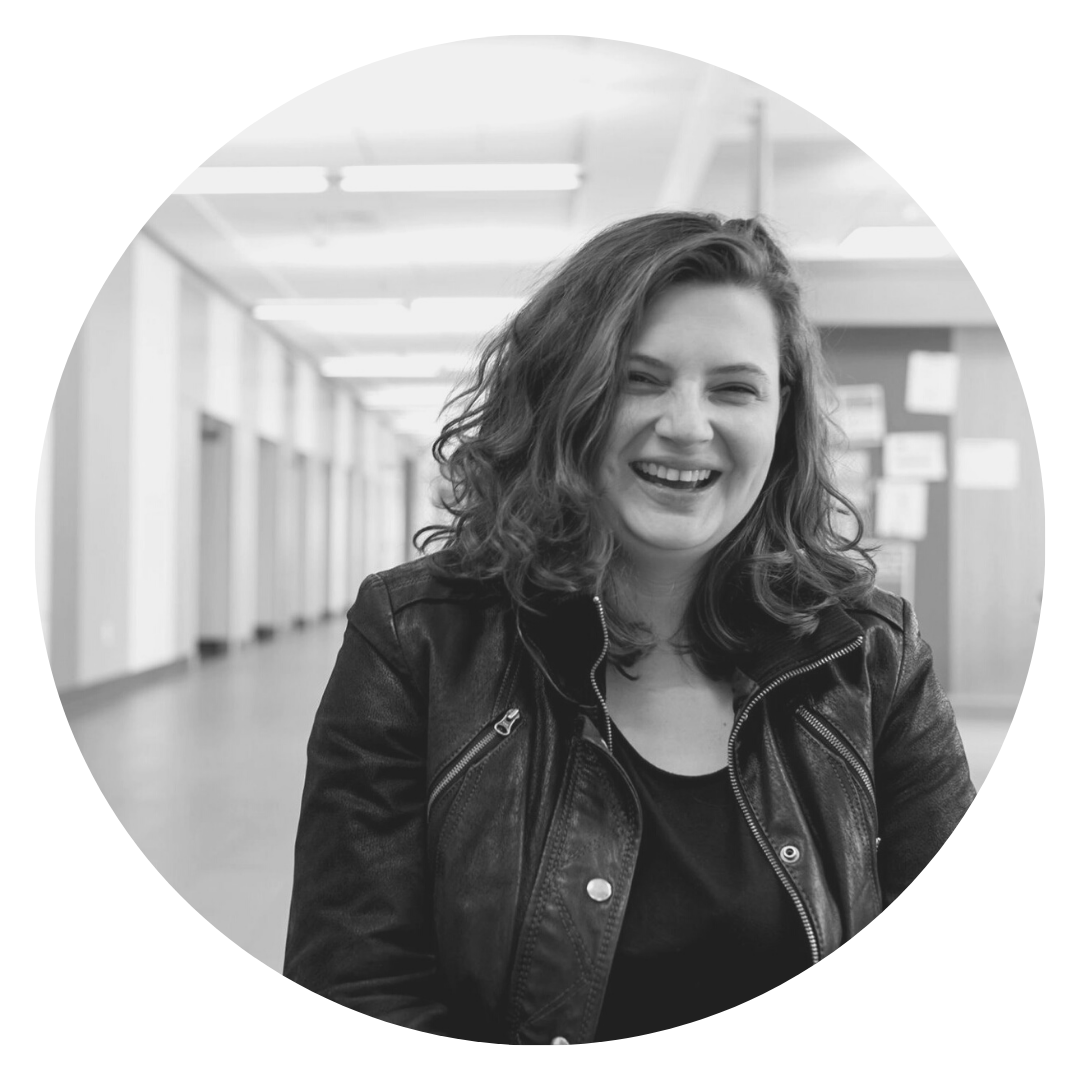 Laura Kruse is the Director of Communications and Organizing at Public Interest Alberta. She has a decade of experience in community organizing. She is a facilitator, an educator, and one of the co-founders of Climate Justice Edmonton's grassroots free transit campaign. Her writing has appeared in the Edmonton Journal, Progress Alberta, and Jacobin Magazine.