Public Interest Alberta obtained the following information from Statistics Canada’s monthly Labour Force Survey. It indicates the average number of employed Albertans in each category for the year ending June 30, 2019.

The total number of employed Albertans in this period was 1,960,400. The Alberta government usually increases the minimum wage each year on October 1, but this year it is being frozen at $15 per hour, except for youth, who can now be paid $2 per hour less.

Nearly a quarter million minimum wage workers in Alberta can legally have their wages frozen this year, missing a key opportunity to boost the economy by putting more money in the pockets of the province’s lowest wage workers.

The majority of the lowest wage workers are women.

More than three-quarters of workers earning minimum wage are 20 years of age or older. 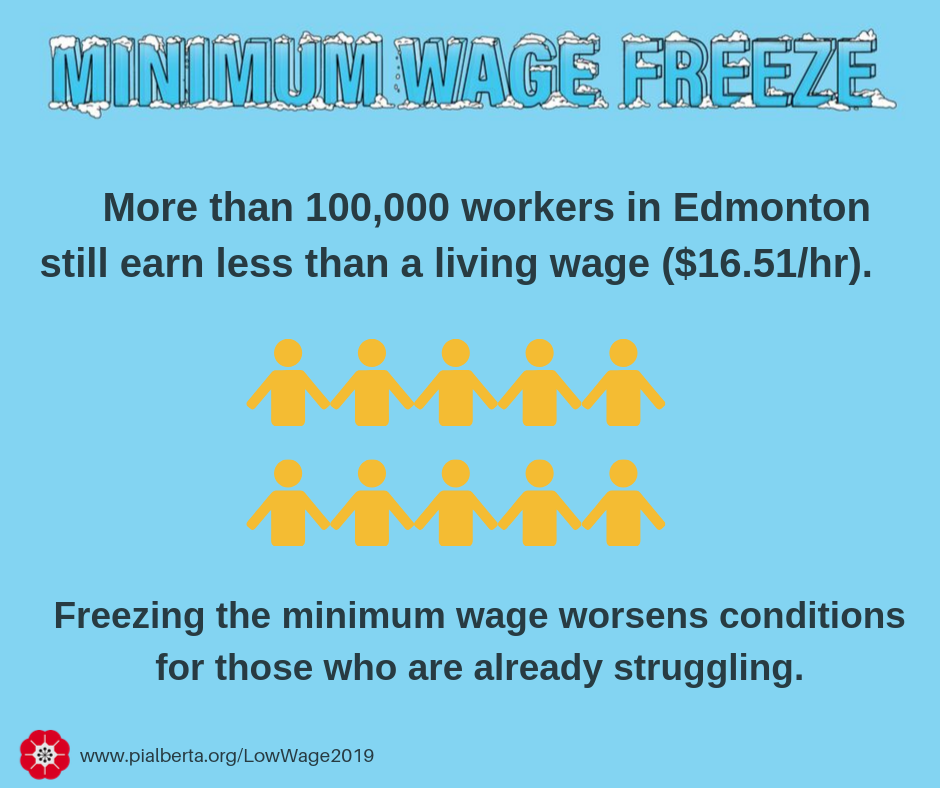 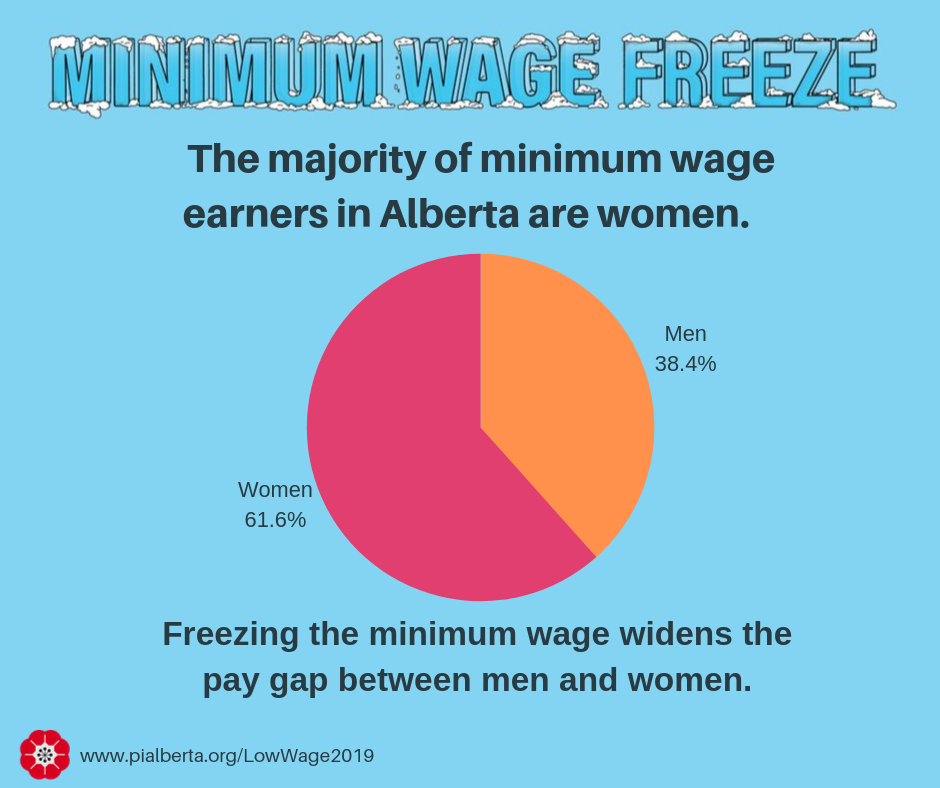 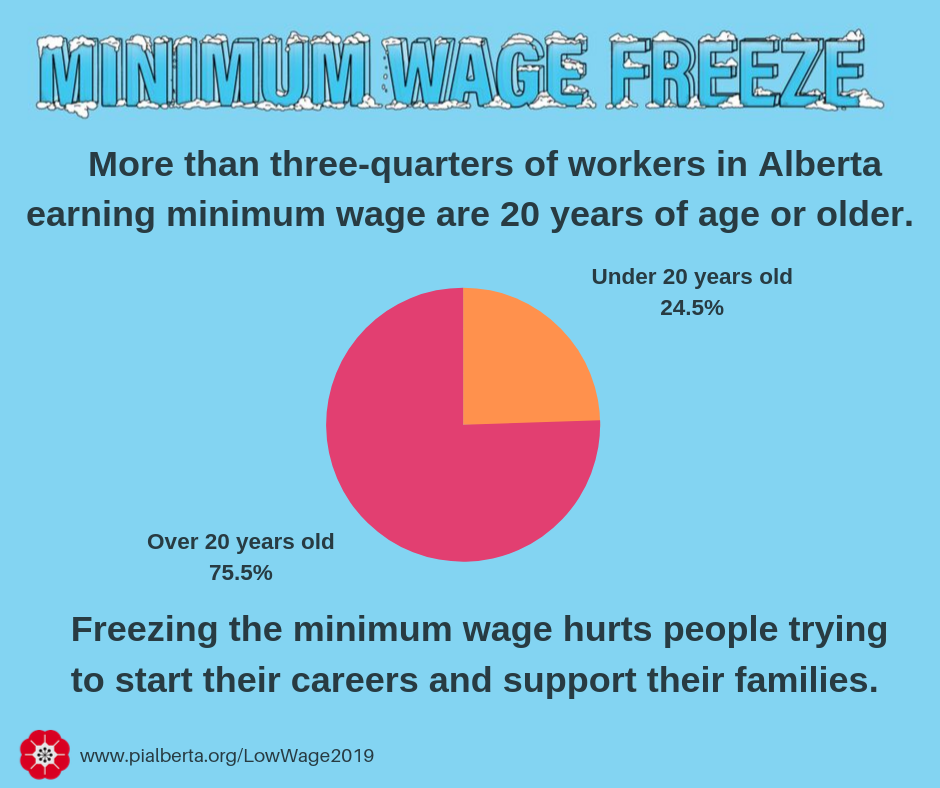 Public Interest Alberta in the News

Interview with Joel French on The Danielle Smith Show

Interview with Joel French on the Alberta Advantage Podcast