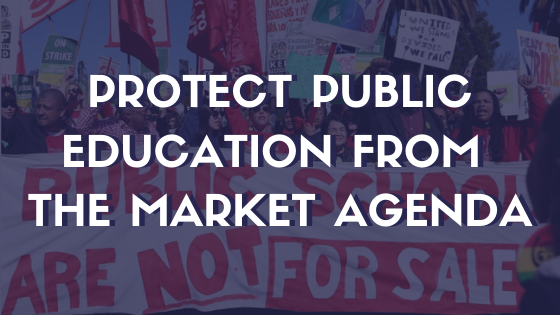 PROTECT PUBLIC EDUCATION FROM THE MARKET AGENDA: Respond to the Alberta government’s “choice in education” survey

The government asked Albertans for input on plans for legislation to “protect and enhance education choice within Alberta’s education system.”

“Choice” is a powerful concept. We all want to make our own choices and be in control of our own lives. But the rhetoric of “choice” as it relates to our public services conceals an ulterior motive under its façade of empowerment – one of privatization and removing public funding in favour of private and individualized programs, which erode our ability to collectively provide universal access to high-quality education for all children.

After all, when the government is seeking to enshrine the “right to choose” for students to go to exclusive private schools where the tuition for one child can be more than some people earn in a year, all while the province provides those private schools 70% of the funding it does to the public system, whose “choice” are they prioritizing? It is certainly not the “choices” of working families who don’t get the right to access high-quality education for their children at their nearby neighbourhood school because of increasingly underfunded classrooms.

Instead, we need to reject the purposefully vague but appealing term “choice” and recognize it for what it really is: a “market agenda” with an underpinning free market ideology of increasing competition, system fragmentation, and out-of-pocket costs for education, which instead should be a universal public good, focused on children and their needs.

Promoting this market agenda in education weakens the public system through slowly transferring components of this essential public service into private hands. This ideology has become a rationale for a range of policies and programs that have had the effects of strengthening private alternatives that use public funds to compete with public education, and have further undermined public education by diverting scarce public dollars away from our public, separate, and francophone schools. And within our public schools, this market agenda also appears in the form of some specialty programs with very high fees and exclusive criteria, effectively creating private schools within the public system.

The Alberta public should be highly skeptical of these competition and market-based directions and should see them for what they really are – using public funding to promote private and wealthy interests at the expense of quality public education that should be accessible to all Alberta families.

In responding to this survey, we need to recognize that the government purposefully slanted the questionnaire to give them the answers that they wanted. Their goal is to further the market agenda of privatization and to further weaken and fragment our public educational system. We need to go in a very different direction if we want to genuinely improve the ability of our schools to meet the educational needs of all children in these complex and challenging times.

In this backgrounder, we will explore four ways that the market agenda is undermining public education and driving fragmentation, competition, and increased out-of-pocket costs in our education system, rather than strengthening a high-quality universal public system: charter schools, private schools, home schooling, and some alternative programs within public schools. 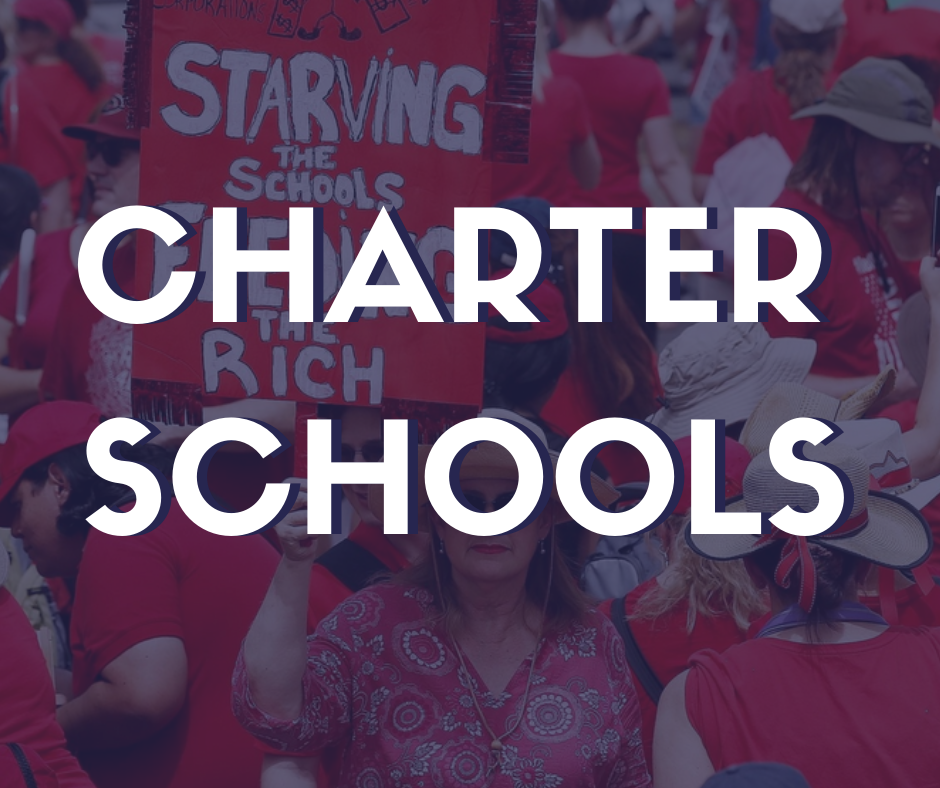 Charter schools are the most egregious form of the market agenda in Alberta education, as they are in essence private schools masquerading as public schools.

Alberta is the only province in Canada to have established the divisive American model of charter schools; they were started here 1994 as an “experiment,” and were limited to fifteen in number. The original justification was that they would focus on alternative approaches that could provide insights to public systems, which simply has not happened. The UCP government has now taken the cap off, and we face the threat of an unlimited expansion of this highly problematic approach.

The key concern is that charter schools are fully funded by public dollars, and yet are allowed to function essentially as private schools – they can choose (and reject) students, and are not subject to the crucial accountability and control elements of democratically-elected school boards. They are free to serve private interests, with full public dollars.

There is simply no good reason for charter schools to exist in Alberta. Rather than expanding this privatizing direction, we should terminate the experiment with charter schools, and give the much-needed funding to our public systems. 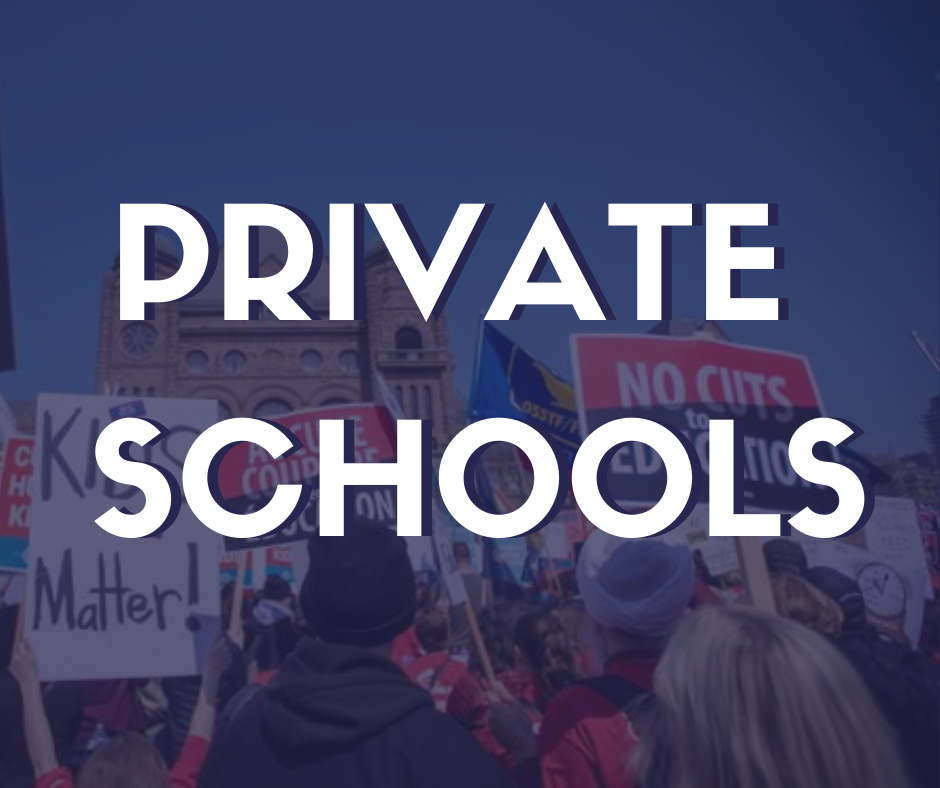 Private schools in Alberta are funded by public dollars at the highest level in Canada (at 70% of the base funding given to public systems.) This funding amounted to $286 million in 2018-19.

This funding also goes to Alberta’s most elite private schools, some of which charge as much as $20,000 per student annually. Why are public dollars going to subsidize these schools, particularly when our public school systems are increasingly starved of funding?

These private schools are able to select and reject students, and are not subject to the accountability measures, oversight, and directions from democratically-elected school boards. Parents have the right to send their children to private schools – but they do not have a corresponding right to have that decision paid for from the public purse.

Rather than expand supports for private schools, the Alberta government should phase out all funding for private schools, and should re-direct the funds to our public systems to better meet the needs of all children. This redirection of funds should include providing in public schools the high levels of support to children with special needs that the current system often forces them to access through private schools. 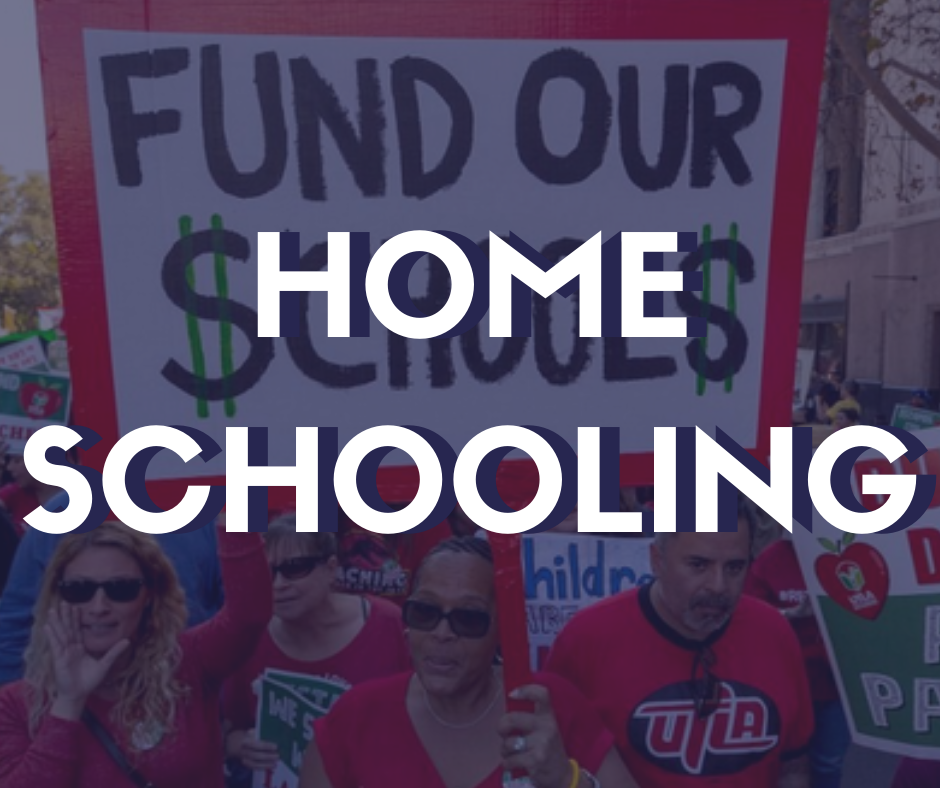 Public support for home schooling is another area of concern in the discussion around the fragmentation of public dollars into individualized programs in accordance with the market agenda.

Instead of expanding support for home schooling, the government should phase out all funding for home schooling and reassign that funding to public systems, and should strengthen the protections for a comprehensive and effective education for children who are home schooled. 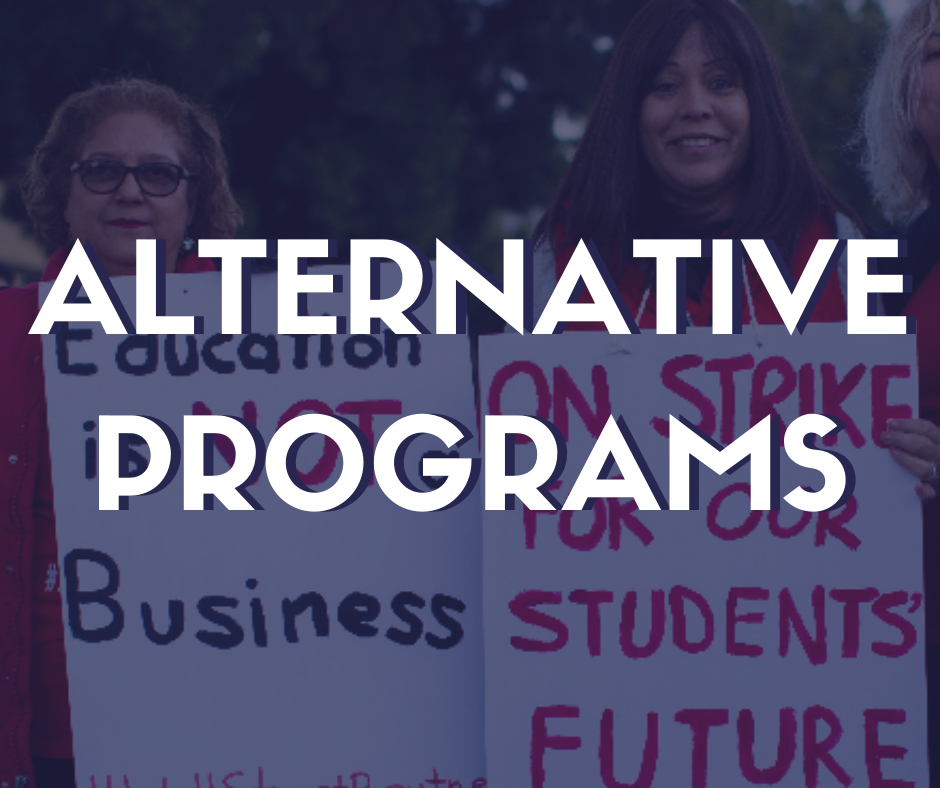 Instead of expanding alternative programs within public school systems, the government should re-examine them in the light of the principles of free and equitable public education, to ensure they are not based on the market agenda and do not increase barriers to full participation.

More specifically, public education is to be free, accessible to and accepting of all, focused on developing the full potential of all children, and democratically accountable (in Alberta, through elected school boards). In that light, has a proliferation of alternative programs and schools within some public systems had the effect of undermining some of these key principles?

Some public schools with specialized programs come with high school fees, which means that they are only accessible to those who can afford them. Is this consistent with the principles of public education? In trying to meet these needs within public systems, are we not in reality offering a form of private schools acting as public schools? And if so, why not simply have them become private schools?

Moreover, these specialized programs have many of the features of a back-door voucher system, long favoured by conservative forces in the United States, despite fierce resistance by public education advocates.

When students can be excluded by imposing entrance requirements, charging substantial fees, or not providing transportation, then such programs are not operating in accordance with the values of public education. Rather, they are operating as private schools within the public system, and such exclusivity simply does not belong in a public school.

We need to urge the government to reject the mantra of the market agenda and competition in our education system and concentrate instead on directions that will genuinely make a positive difference in our classrooms and in our ability to meet the complex needs of an increasingly diverse population in Alberta’s schools.

The tired, ideological, market approach of fostering competition and privatization is simply inappropriate to educating children. The result will be yet more undermining of public education and more inequities in children’s education and achievement.

A genuinely effective approach will instead:

I want to stay in touch with Public Interest Alberta and their allies to defend public education from the market agenda.