Public Interest Alberta joined 18 other organizations in calling on the Government of Alberta to:

1. In Budget 2018, reduce public funding to private schools from 70% to 50% (with the exception of special needs schools).

2. Re-allocate the $30 million in savings to fund a classroom conditions improvement project in select Public, Catholic, and Francophone schools.

This call to reduce public funding to private schools would be the first step towards completely phasing out this funding over a three year period. Please see our previous media release from 2017 for more details. 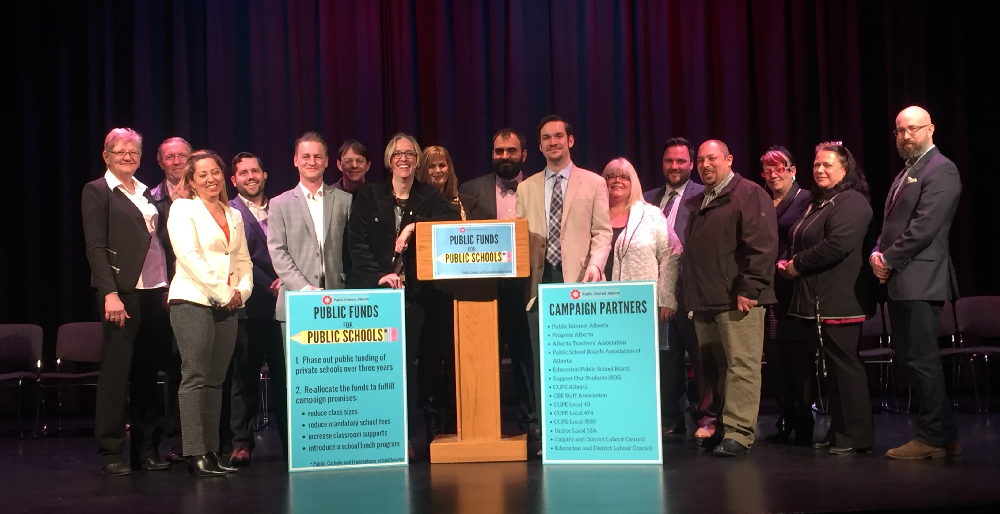 Public Interest Alberta and partners in the news