Today, Alberta Finance Minister Joe Ceci presented the government’s 2016-17 fiscal report to the public. It confirmed the projected deficit of $10.8 billion, and the Minister reiterated that the government’s plan to raise more revenue relies on resource revenues increasing.

“While all Albertans are hoping the price of oil goes back up, the public services Albertans value, like public health care and education, cannot rely on that,” said Joel French, Executive Director of Public Interest Alberta. “The real problem is that our tax system is by far the worst in the country at raising revenue by at least $8.7 billion per year, according to the government’s own budget. The government’s goal of balancing the budget by 2023 will be impossible without either fixing the tax revenue shortage or making massive cuts to public services.”

“Non-renewable resource revenues are highly volatile and should be saved for future generations, rather than relied on to fund our public services from year to year,” said French. “All parties in the Legislature should explain their plans to Albertans for replacing resource revenues in the government operational budget with tax revenues.”

The government's figures on how much additional annual revenue Alberta would raise under the tax systems of other Canadian provinces can be found here. 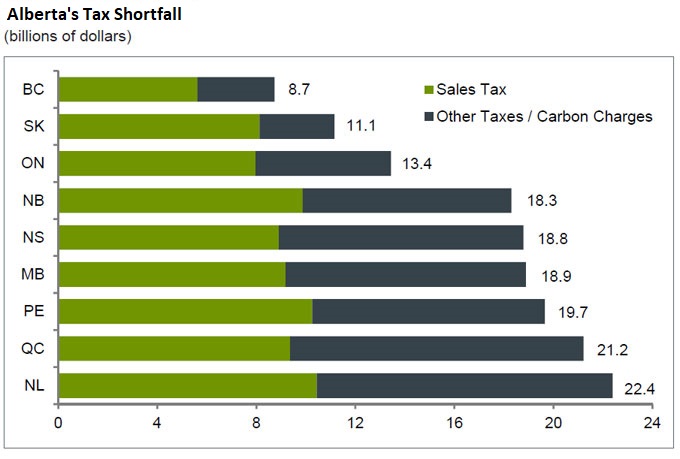