EDMONTON - Friends of Medicare and Public Interest Alberta, the two advocacy organizations behind the campaign Alberta Seniors Deserve Better, have sent a letter to Jeremy Nixon, the newly-appointed Minister of Seniors, Community and Social Services. The groups are demanding to meet with the minister to urgently address the state of continuing care.

Public Interest Alberta and Friends of Medicare are recognizing World Elder Abuse Awareness Day by calling again on the UCP Government to bring back a Seniors Advocate.

Government Should Recognize Seniors’ Week by Bringing Back Seniors Advocate

Today, Public Interest Alberta and Friends of Medicare are recognizing Alberta Seniors’ Week by calling on the UCP Government to bring back a Seniors’ Advocate.

“That’s why we are calling on this government to bring back an independent seniors advocate as a first step to supporting seniors to live in dignity,” said Chris Gallaway, Executive Director of Friends of Medicare. “Instead, this government has ignored the calls of seniors across Alberta and continued their reckless agenda of cuts and privatization.”

“Seniors are suffering”: Campaign launches to demand the government legislate a Seniors Advocate

EDMONTON - Today, on the two year anniversary of the World Health Organization’s declaration of COVID-19 as a pandemic, a coalition of seniors’ advocacy organizations are launching a campaign demanding that the government legislate a Seniors’ Advocate, a role that the UCP axed early in their tenure in the legislature.

EDMONTON - The announcement today by Jason Kenney that the UCP government will direct $204 million dollars into their privatization agenda for seniors care will further degrade quality and affordability in continuing care. Public Interest Alberta and seniors advocates from across the province opposed the decision and committed to providing an alternative roadmap for seniors and continuing care that will enhance quality and affordability in the system.

EDMONTON - Friends of Medicare and Public Interest Alberta join organizations from civil society, labour, and senior citizens representing hundreds of thousands of Albertans speaking out against Bill 70: COVID Related Measures Act, which is expected to be voted on by the Legislative Assembly today. Twenty-four (24) organizations have signed an open letter to demand that this legislation not be passed into law because of the dangers it poses to Alberta seniors and their families. The letter was emailed to Premier Kenney, Minister of Health, Tyler Shandro and UCP MLA Richard Gotfried, the sponsor of this bill. The open letter will be tabled today in the Alberta Legislature by MLA Christina Grey, Critic for Labour and Immigration & Official Opposition House Leader. 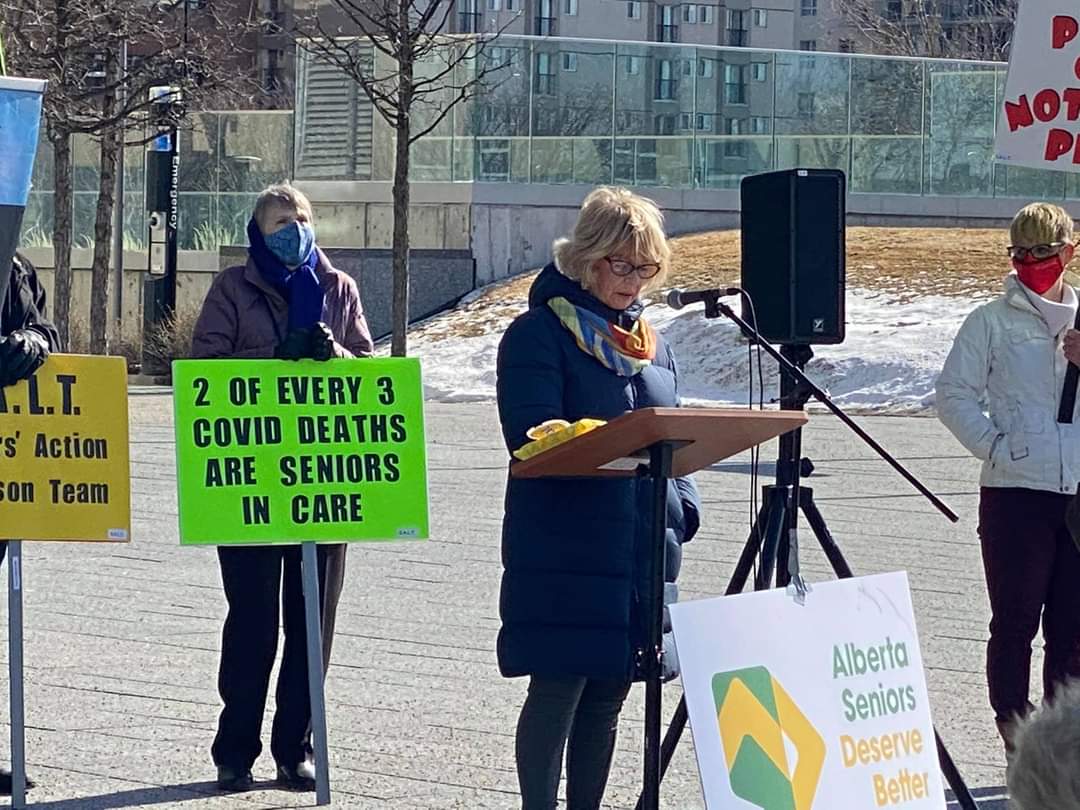 March 11 was the one-year anniversary of the declaration of COVID-19 as a pandemic by the World Health Organization. Public Interest Alberta, Friends of Medicare, the United Nurses of Alberta, and the Alberta Arts Action Group held a visual demonstration to commemorate the lives that didn't need to be lost, and to recognize the work that is yet to be done to ensure this tragedy is never repeated.

EDMONTON - March 11, 2021 marks the one year anniversary of the declaration of COVID-19 as a global pandemic, and seniors groups, labour groups, and advocacy groups are gathering outside of the Federal Building at the Legislature to install an visual representation of the lives we have lost to COVID-19, especially those of Alberta’s seniors who have been disproportionately affected. The visual will be a collection of roses, made by Erin Alyward, each one colour coded to show the age of the person we lost. The advocates and activists will also be joined by members of Alberta Arts Action Group, a group which blends arts and activism, who will sing and recite poetry as we mark this solemn occasion. 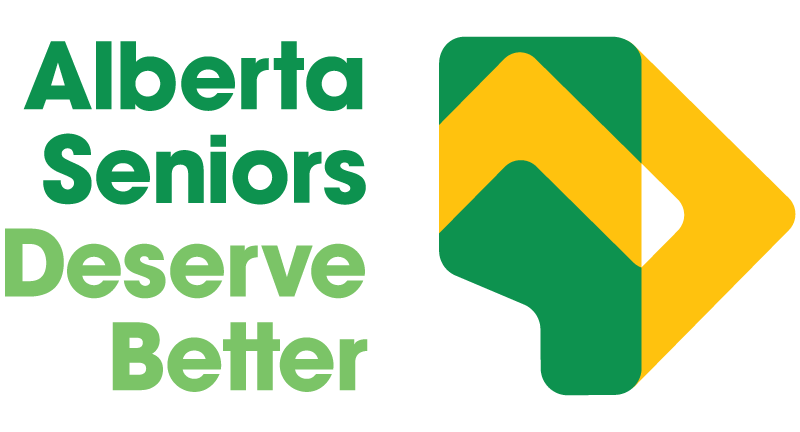 The Alberta government has launched a review of facility-based continuing care in the province. Its main mechanism for public input is a survey, conducted by accounting firm MNP. The survey itself is deeply flawed and reveals some disturbing directions the government is considering, including a significant privatization agenda across many areas of seniors’ care. The result, if these directions are embraced, will be much higher out-of-pocket costs for seniors and their families, and a system where quality care will depend even more on someone’s ability to pay, rather than their care needs.

We are encouraging Albertans to fill out the government survey and also to contact the Minister of Health’s office to express the concerns you have with the direction they’re considering. There are five main ways we see that the government could strengthen the continuing care system for all Albertans, and we hope these points can help guide the input you send to them: