This October 1st marks the 30th anniversary of the International Day of Older Persons. This year, as we contend with the ongoing upheaval caused by the COVID-19 global health crisis, we must also bear witness to the suffering caused by the long-standing failures of our seniors’ care system.

Seniors have suffered the greatest impact of the COVID-19 pandemic worldwide, and Alberta is no exception. To date 97% of COVID-related deaths have been Albertans aged 60 or older, including 165 residents in continuing care. In July, the Royal Society of Canada found that 81% of COVID-19 deaths nationwide were residents of long-term care homes—a rate far outpacing other countries. Further, the worst impacts have occurred in for-profit facilities, which have been found to have had “more extensive outbreaks and more deaths” than public facilities. COVID-19 has exposed the many shortcomings of our seniors’ care system, borne of decades of privatization and the inequity that perpetual cost-cutting has wrought. What we are seeing now was decades in the making.

Advocacy groups: Good direction for long term care, but beds must be public

Today, Premier Rachel Notley announced that if re-elected, the Alberta New Democratic Party is committed to building an additional 2,000 long term care (LTC) beds. The promised $170 million investment is welcome news to a system that is currently facing serious shortages.

EDMONTON - Friends of Medicare and Public Interest Alberta premiered a series of four videos to kick off their new campaign Alberta Seniors Deserve Better, which highlights the issues facing seniors in the continuing care system, and encourages Albertans to sign a petition to call on all of Alberta’s political parties to make strengthening seniors’ care a top priority in the 2019 provincial election. 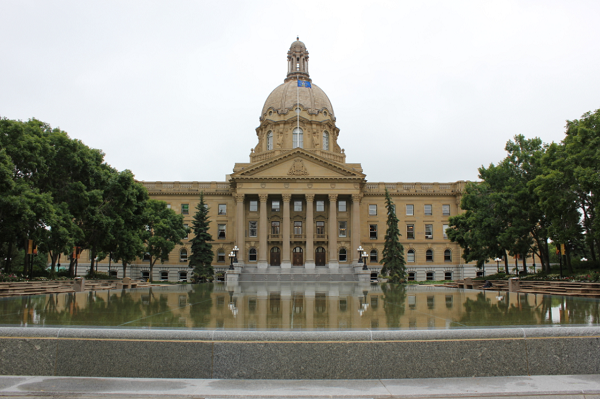 Friends of Medicare and Public Interest Alberta welcomes a change in continuing care today with the announcement from Alberta Health that they will now be operating the Mountain View Centre supportive living services in Hinton. The facility is currently operated by the private not-for-profit Good Samaritan Society.

Alberta Health Minister Sarah Hoffman has announced the government will introduce legislation in the current legislative session to give residents and their families the right to form self-governing councils in all continuing care facilities in the province, a proposal first made by Public Interest Alberta’s Seniors Task Force in its 2006 campaign entitled “Alberta’s Seniors Deserve Better.”

This op-ed was originally published in the Edmonton Journal, May 18, 2017