One in Six is Too Many: An Alberta Child Poverty Report 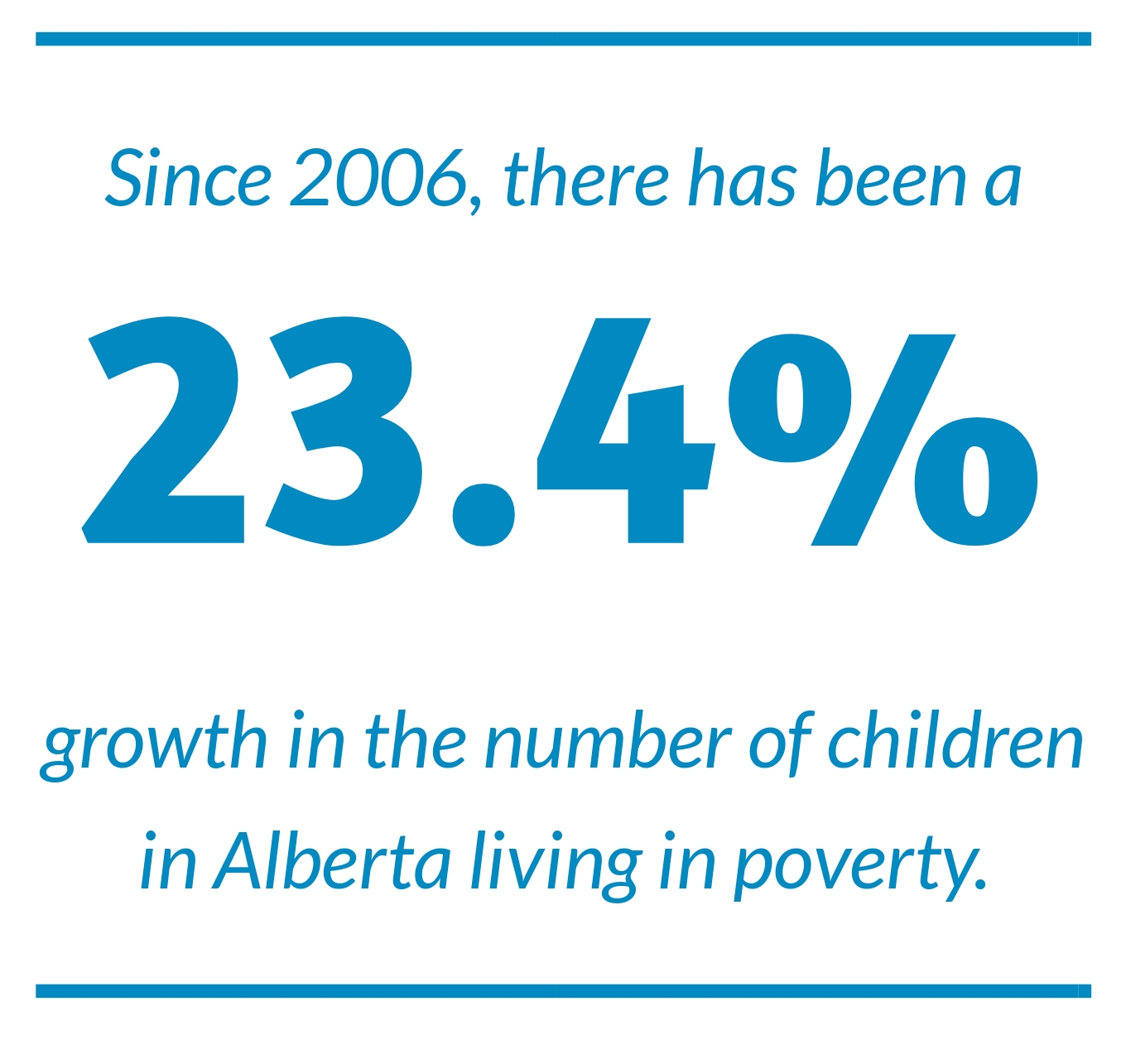 On November 20, 2018, to coincide with National Child Day, Public Interest Alberta, the Edmonton Social Planning Council, and the Alberta College of Social Workers published a new child poverty report, One in Six is Too Many: An Alberta Child Poverty Report (download the full report).

The annual report provides an overview of the state of poverty in Alberta. It seeks to inform the public and policy makers on the effects of poverty, the current government's attempts at reducing poverty, and to present the areas and programs in which they can improve on.

Among the key findings in the report are:

Recommendations for reducing child poverty in the province are:

Public Interest Alberta and partners in the news