Staff and board of directors 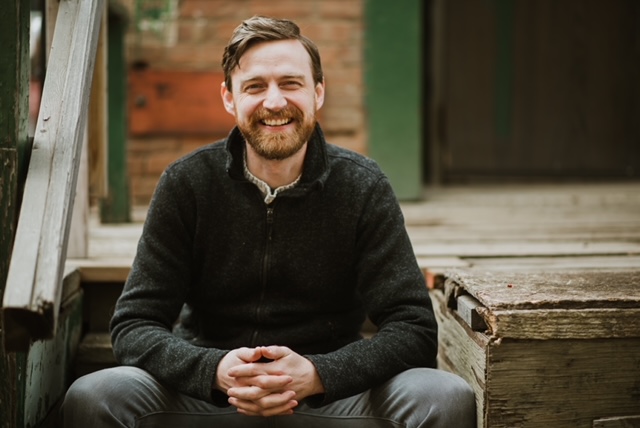 Brad has worked most of his life on Treaty 6 territory in Alberta as an advocate for worker rights and social, economic and environmental justice. Most recently, he has served as the Director of Campaigns for Western Canada at Point Blank Creative, a progressive communications firm promoting and supporting civil society and labour rights.

Brad previously served as the Chief of Staff to the Minister of Labour for the Alberta New Democrat government, where he helped implement Alberta’s $15 dollar minimum wage in 2018 and set up North America’s first Coal Workforce Transition Fund.

Organizing, advocacy, and political action that centers real stories and builds power are the principles that guide Brad’s work. He is committed  to building diverse, inclusive, and equitable networks with Public Interest Alberta to help shape our province’s future.

When he’s not working on campaigns or advocacy work, you can find Brad running around with his daughter Maven and their dog, Rufio. He loves long distance running and when we can all get together, he co-produces and hosts a drop-in singing party called Pub Choir.

Public Interest Alberta is governed by a Board of Directors drawn from our member organizations and individuals from the community. The Board is elected by the membership at our Annual General Meeting. 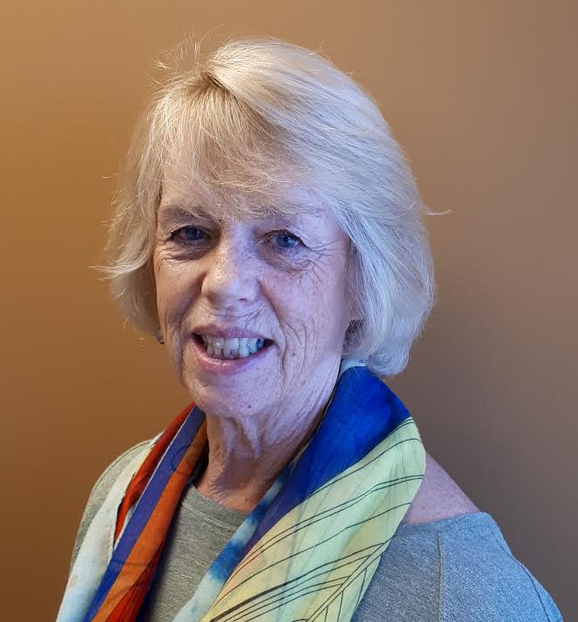 As a retired teacher and activist, Terry has served in various elected and staff positions with territorial, provincial, and national teachers' organizations for the past 26 years. Terry served in various capacities in the Canadian Teachers' Federation from 1993 to 2005 including two years as President. She served as a staff officer of the Manitoba Teachers' Society from 2006 until her retirement in November 2017, when she moved to Edmonton to be closer to family. Terry has been active with Public Interest Alberta as a member of the Board of Directors, Secretary of the Executive, and Chairperson of the Seniors' Task Force and guided the planning of a highly successful Citizens' Forum on seniors' issues held in Red Deer in March 2019. 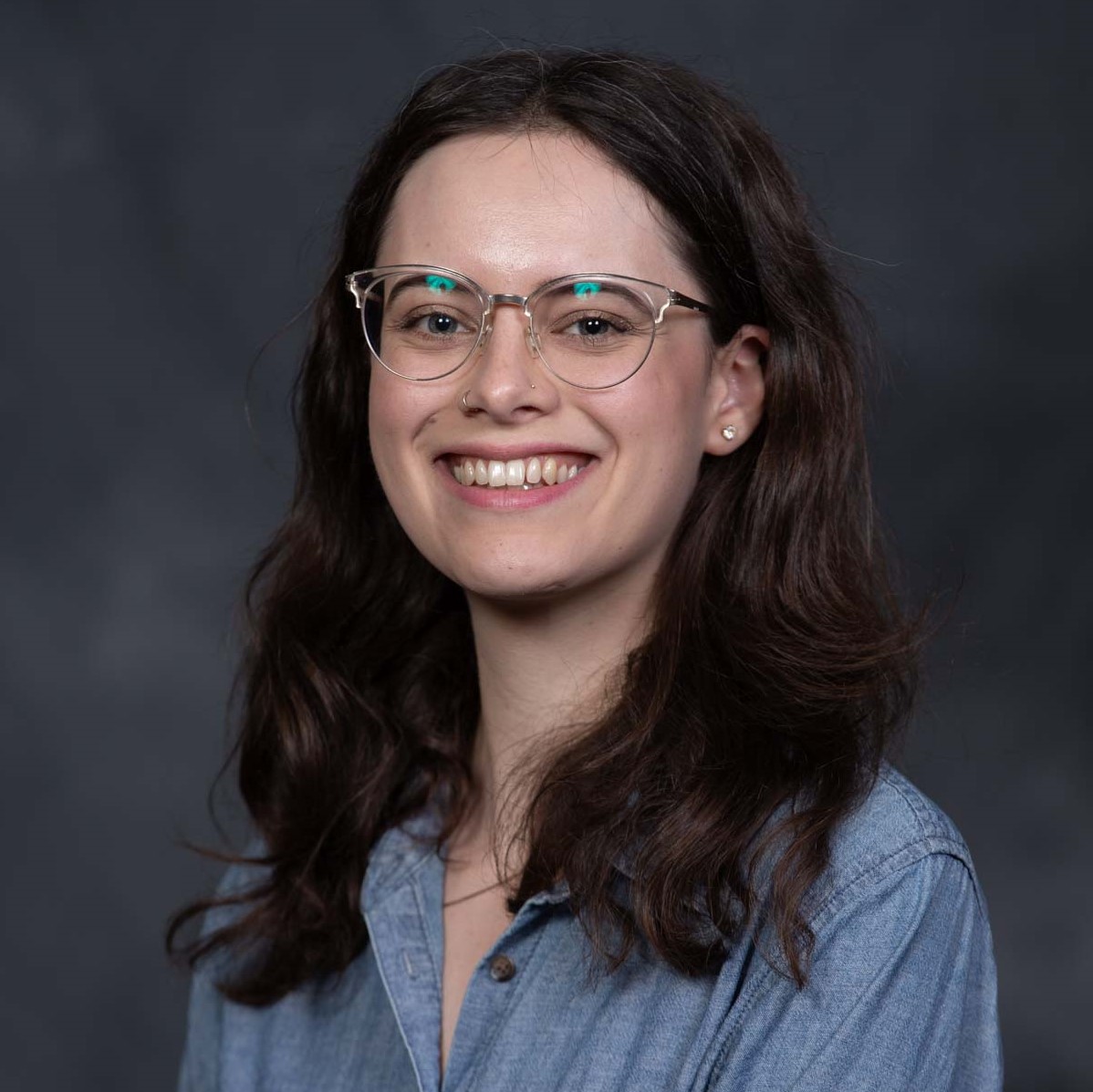 Alison McIntosh was born and raised in Edmonton, Alberta. She is a passionate advocate for people-powered change. Currently, Alison is the Research Coordinator for Just Powers, a research project about the social dimensions of energy transition. Alison is also an organizer with Climate Justice Edmonton, a grassroots climate justice collective. Previously, Alison was a Research Manager at Parkland Institute, where her research explored health and social policy issues, including: long-term care, healthcare privatization, and basic income. She has a BA in Human Geography from the University of Alberta, and a MA in Geography from Simon Fraser University. 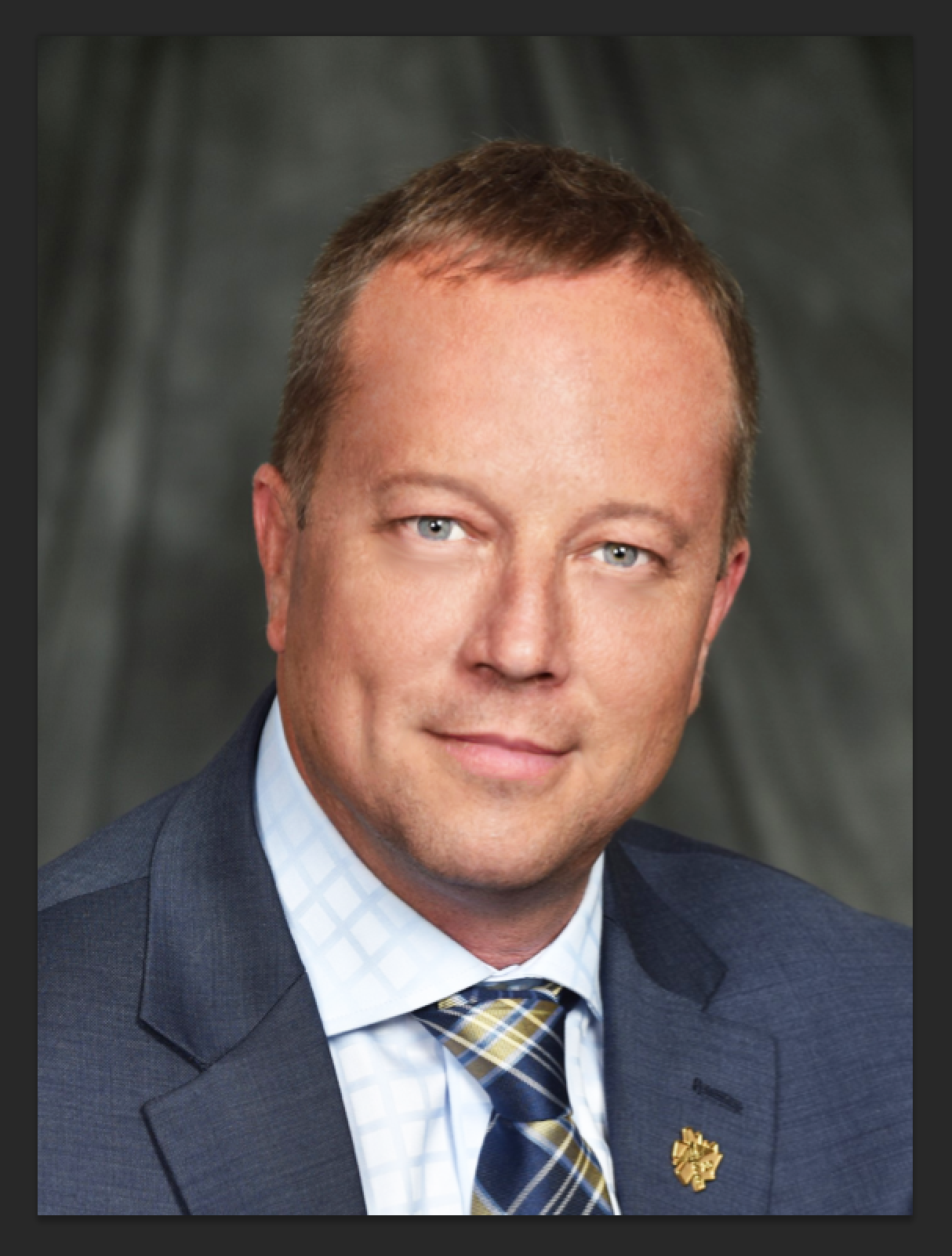 Mike Parker has been a first responder since 1992, volunteering in his local community of Coaldale, Alberta. He went on to work in the private ambulance industry in Andrew, Lamont, Morinville and Athabasca, before moving to Edmonton in 1996. He graduated as a paramedic in 1999. He has been involved in the labour movement for many years, serving as a steward and as vice-president of his local with the Canadian Union of Public Employees (CUPE). He became a member of HSAA in 2009 and served as a board member before being elected as HSAA vice-president in 2015. The following year, he became president. Mike has always been a strong proponent of the role of unions in protecting the rights of citizens and also of the public sector in providing vital services. Mike has also served as a volunteer with Canadian Medical Assistance Teams (CMAT), providing emergency assistance after disasters in the Philippines, Pakistan and Nepal. 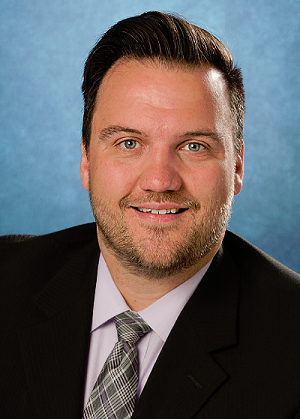 Jonathan Teghtmeyer is the Associate Coordinator, Communications for The Alberta Teachers’ Association, and the proud father of two and happy husband. His primary responsibilities are in communications, political engagement and advocacy. He has a Bachelor of Education and a Masters of Arts in Communication and Technology from the University of Alberta. Prior to coming to the Association, he taught high school Math and Drama at Breton High School with Wild Rose School Division. He also serves on the board of directors for the Friends of Medicare. 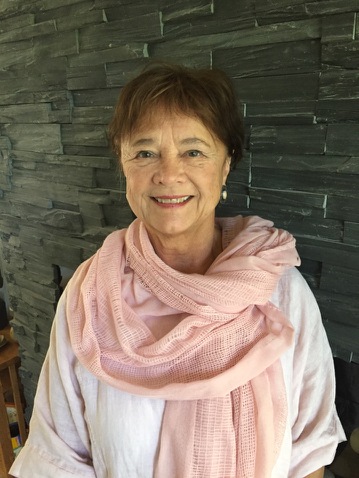 Donna is a retired teacher and school principal. Throughout her career, she was committed to nurturing children’s success in learning and supporting good teaching practices. Through her work as an ATA Economic Consultant, an Alberta School Employees Benefit board member and a leader in school curriculum initiatives, she contributed to the defence and integrity of public education. In several federal, provincial and municipal elections, she successfully developed organizational and volunteer capacities. Currently, Donna serves as chair of the Public Interest Alberta Child Care and Early Learning Task Force. She supports the importance of advocating for establishing a public system of early learning and child care programs which are of high quality, accessible, affordable and well-regulated. 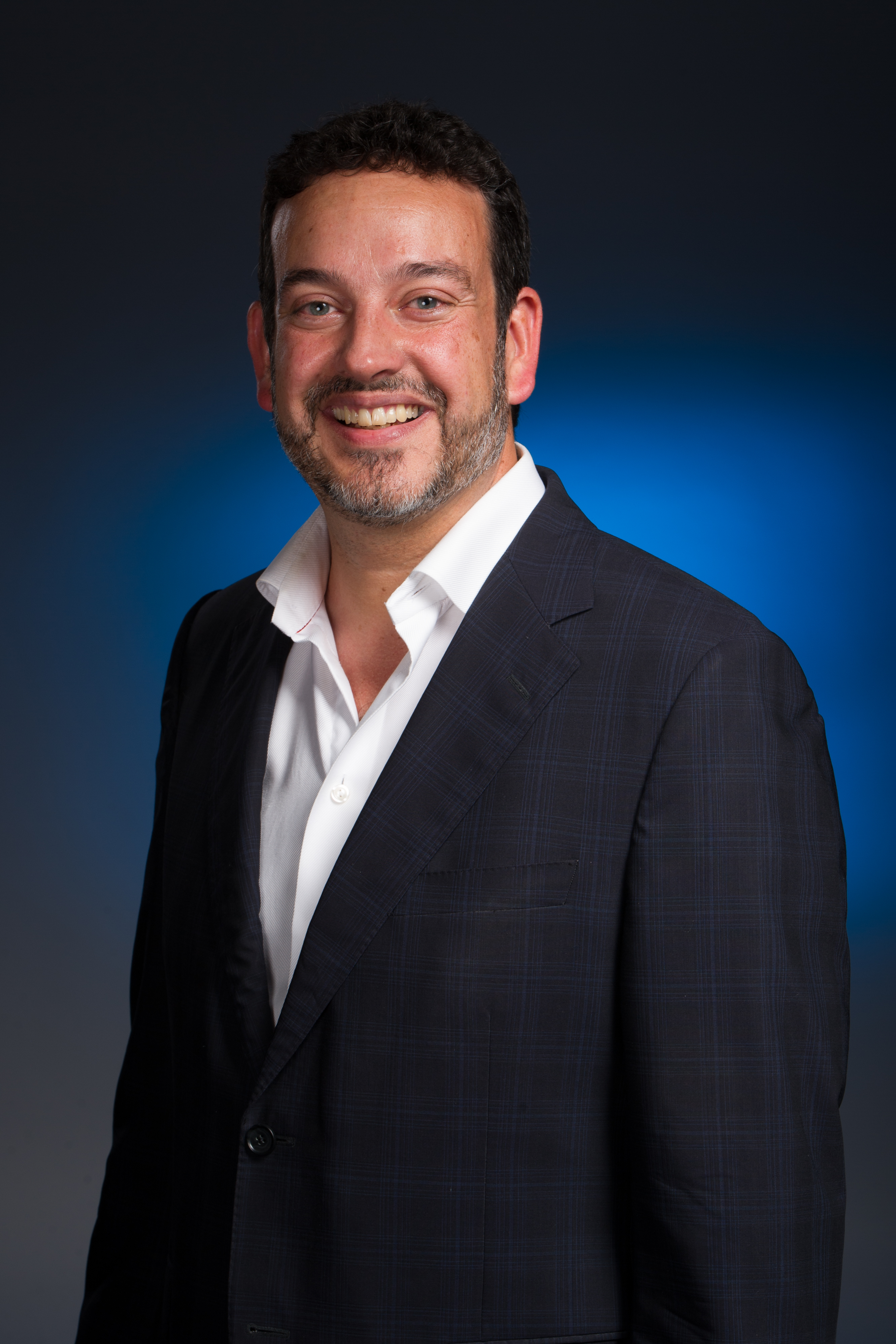 In 2021, Gil McGowan was re-elected to a record ninth two-year term as president of the Alberta Federation of Labour (AFL), Alberta’s largest union advocacy organization, representing more than 175,000 workers in both the public and private sectors.

McGowan, a father of three, has presided over a period of substantial growth for the AFL and has been instrumental in putting many important issues forward for public discussion in Alberta. For example, he has led public discussion that led to policy changes on resource development, reform of the temporary foreign worker program, climate change and green jobs, a $15 minimum wage, pension reform, reforms to the labour code and employment standards, and reforms to occupational health and safety and WCB legislation.

Gil has been instrumental in coordinating the AFL’s political action campaigns, including the campaign that helped elect Alberta’s first NDP government in May 2015. That same year, Gil was named one of Alberta’s 50 most influential people. In addition to his position with the AFL, Gil also sits on the Canadian Council, the governing body of the Canadian Labour Congress (CLC), and was Co-Chair of the Energy Diversification Advisory Committee (EDAC), a special committee established by the Notley government to make recommendations about how to add more value to Alberta’s energy resources. Gil also serves as Sponsor Board Chair Person for the Local Authorities Pension Plan (LAPP), Alberta’s largest pension plan and he was a member of the Federal Just Transition Task Force, which developed transition strategies for workers and communities affected by the phase out of coal fired electricity across Canada. 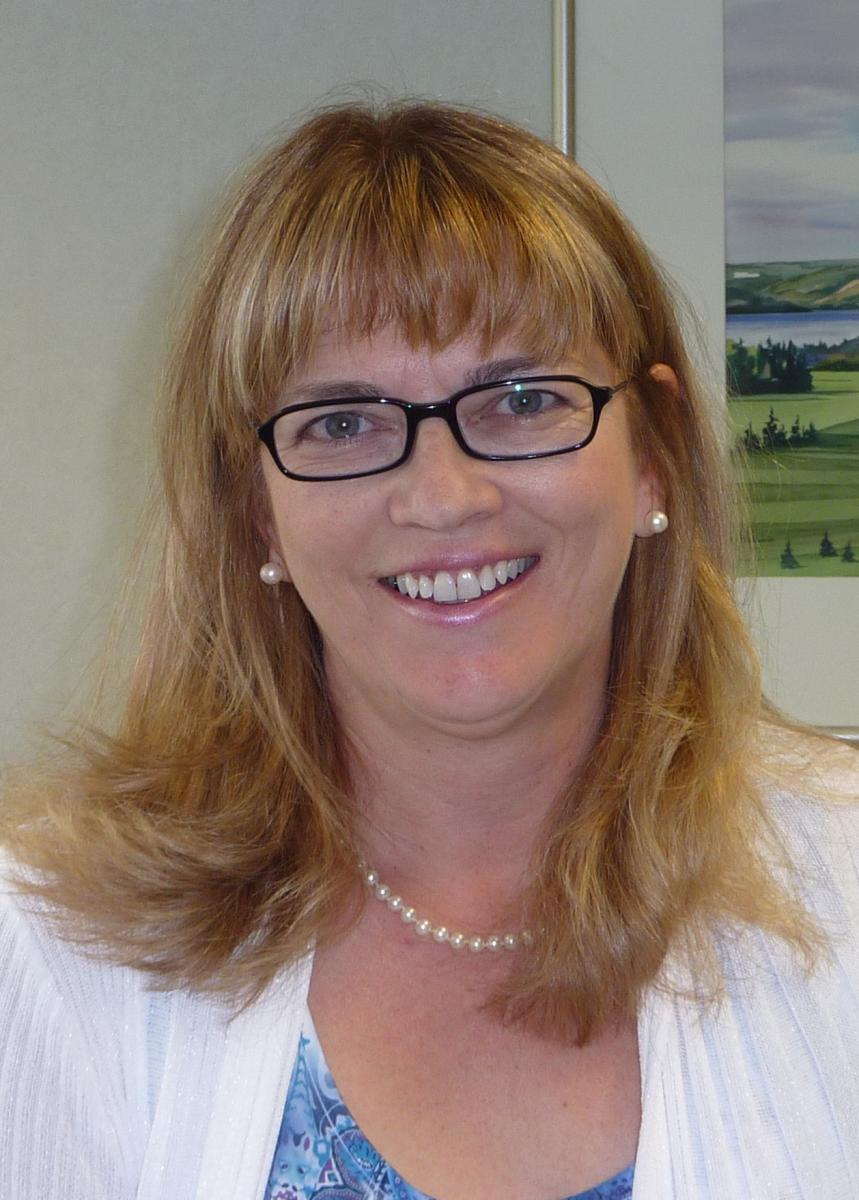 Heather is the President of the United Nurses of Alberta, a position she has held since 1988. Born and raised in Ontario, she came to Alberta to work as a nurse at the Edmonton General Hospital. She quickly became involved in her union and served as President of her Local for two years. She also sat on the provincial negotiating committee during the 19-day illegal strike in January 1988. Heather has been a key figure in defending public health care in Alberta, including campaigns to oppose Bill 37, Bill 11 and the Third Way. 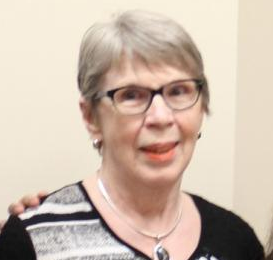 Carol's reputation as a researcher and advocate in the field of eldercare has been increasing steadily over the past twenty years. She came to this activity for intensely personal reasons: her mother experienced almost the full range of continuing care options after suffering a series of strokes from 1995 to 2006, and Carol believes very strongly that the system failed her mother. In addition to individual work, Carol is a founding member of Citizen Watch, an active member and Vice-Chair of the Seniors’ Action and Liaison Team (SALT), and a member of several other community advocacy groups. Carol’s employment with the Alberta Human Rights Commission proved to be good preparation for her current activities. 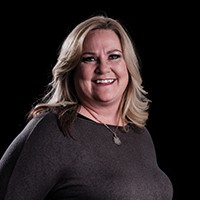 After serving as Vice-President of AUPE for seven years, Local 045 member Susan Slade was re-elected to the position in 2019 to continue her work as an activist and leader. A Licenced Practical Nurse, Slade cared for Albertans for 18 years before joining AUPE’s Executive Committee.

During that time she filled many union roles, including Local Chair and Provincial Executive. Slade continues to chair the Women’s Committee for her third term. A big proponent of direct action, Slade likes to get to the bottom of issues so they can be tackled head on.

After representing the Calgary and South Region, she now works with the Edmonton region, bringing her listening ear and helping hands to these members’ so their diverse voices can be heard. Slade’s three pillars of leadership are strength, solidarity and support, which she believes should form the backbone of all relationships within a union.

Susan, with her spouse, Christopher, has an amazing blended family of five children, one granddaughter and two dogs. In her free time, she enjoys camping, travelling and spending time with the family. 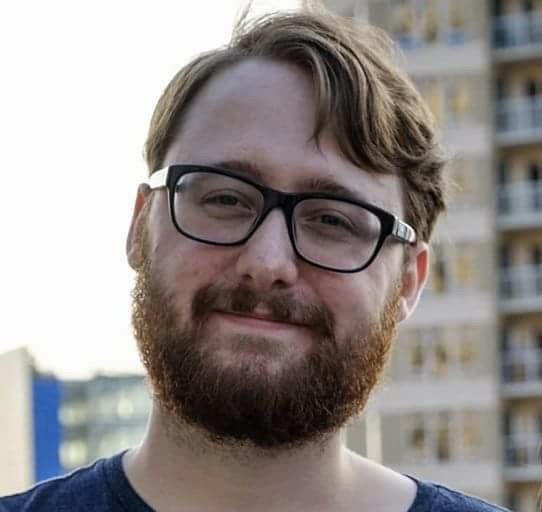 Tristan Turner is the Political Action and Member Education Chair at the Non-Academic Staff Association (NASA) at the University of Alberta, and the Office Coordinator of the Alberta Public Interest Research Group, a social justice education organization in Edmonton. He has worked in politics, journalism, and activist circles for over a decade to build a more just and equitable province. Tristan is passionate about bringing progressive voices from labour, civil society, and activists together to make policy change possible through direct action. He is a Métis man living in his historically francophone home town of Morinville, Alberta. 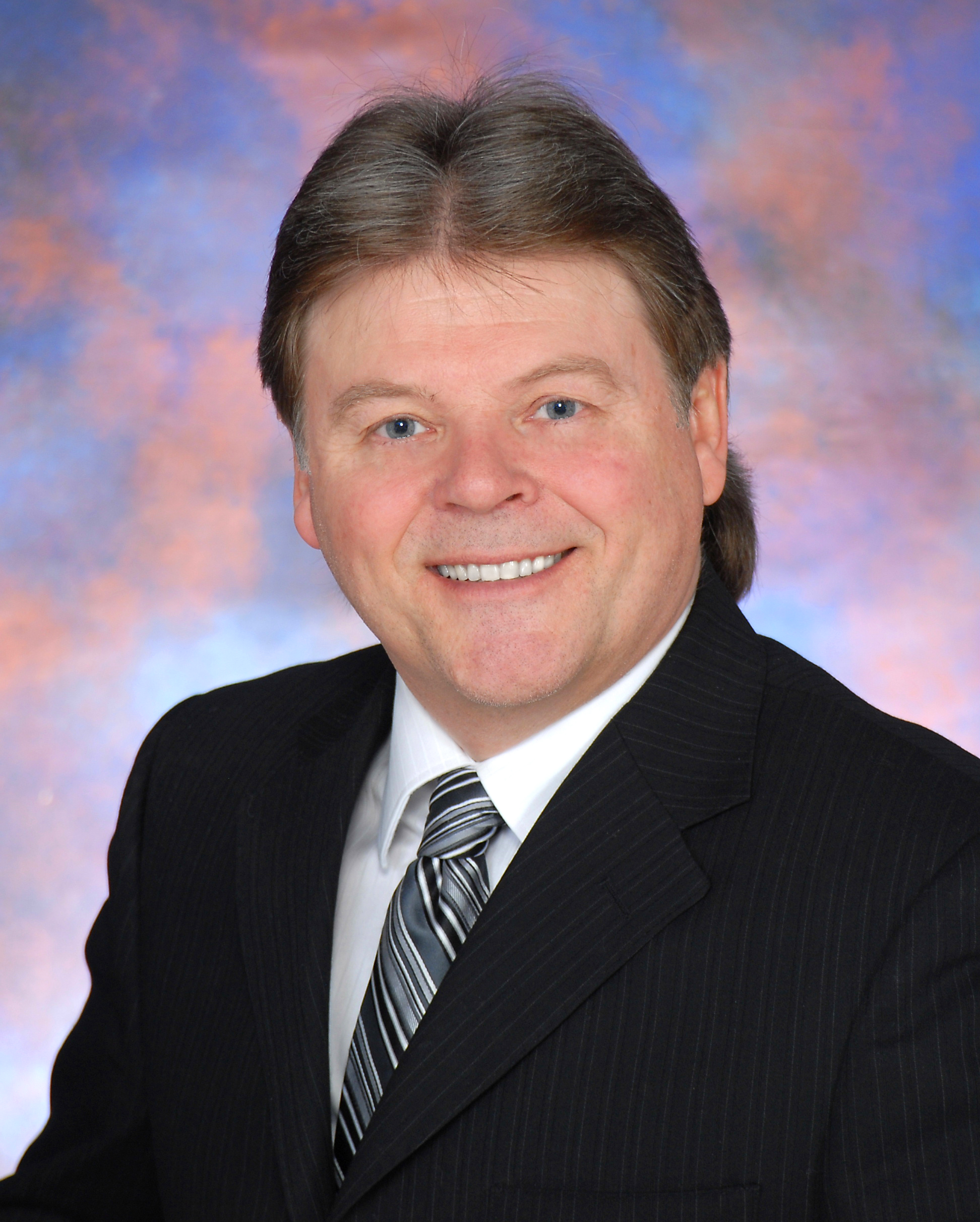 Collin is a Past President of the Calgary and District Labour Council and prior to retirement was the President of the Telecommunications Workers Union Locals 204 and 205. He is currently the President of the Calgary Area Council of the Congress of Union Retirees of Canada (CURC) and on the Executive of the Alberta Federation of Union Retirees (AFUR). Within the roles with CURC and AFUR, Collin advocates on behalf of retirees and seniors on issues such as health care, long term care, housing, and pensions. A prime focus in 2018 will be to continue the opposition to Bill C-27, an attack on pensions by the federal government. 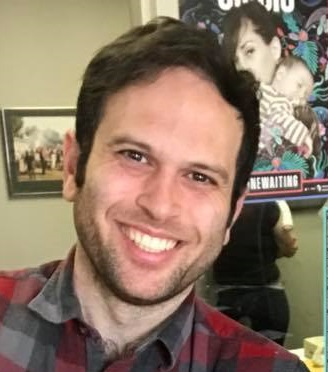 Greg Mady is the President of the Edmonton & District Labour Council. Greg has obtained degrees in Philosophy & Political Science from the University of Alberta & Waterloo. Working in the service industry throughout his schooling he eventually found his way to Canada Post where he worked as a mail carrier and volunteered tirelessly with his union, the Canadian Union of Postal Workers (CUPW). In 2013, Greg was struck by a vehicle while working and sustained serious injuries. After a month in the hospital and a year in rehabilitation, he returned to work where he continued to educate others and push hard for fair treatment of health and safety concerns. In his current role with the Edmonton & District Labour Council, he sits on many boards in his effort to better the lives of all working Edmontonians on behalf of dozens of affiliated union members. 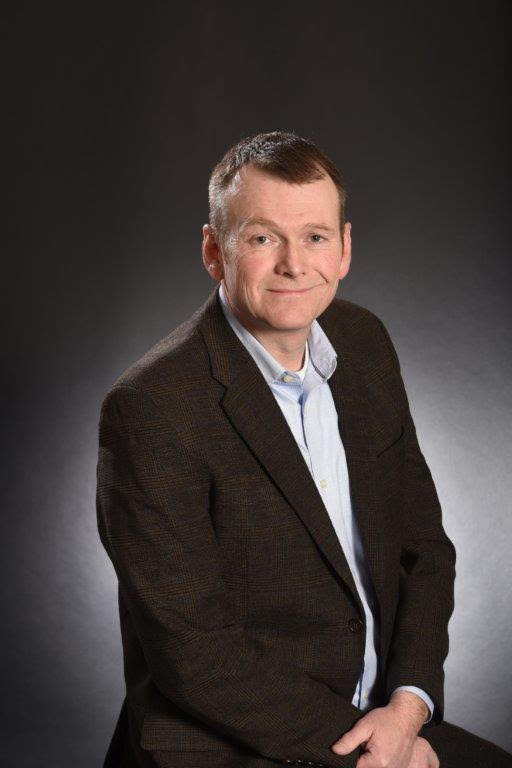 Rory Gill has worked in the public sector with the City of Calgary for over 20 years. He first joined the City as a seasonal parks labourer in 1997 and worked in several different capacities until he was promoted to foreman in the Parks Department in 2000.

In 2006, Gill became active in his local union, CUPE 709 – the Calgary Civic Foremen’s Union. He joined the local Executive in 2011, and was later elected as the local’s Vice-President in 2012 and then the President in 2014.

Rory is originally from Aberdeen, Scotland, though he primarily grew up in Calgary. He is the proud father of two sons. 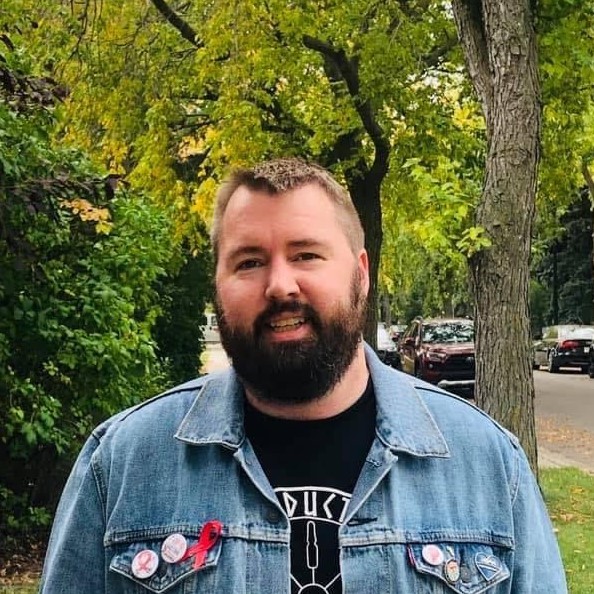 Chris Gallaway (he/him) is an experienced community organizer and advocate for public health care. Born and raised on a farm in rural Saskatchewan, he has since spent most of his adult life living on Treaty 6 territory, first in Saskatoon, and for the last decade living here in Edmonton. His past experience includes working for the Alberta Federation of Labour, in three provincial legislative assemblies, and for a variety of non-profit and community organizations. Outside of work Chris is an active volunteer and community member engaged in social justice and the arts.