The newsletter is intended to be a space to update our members and supporters on our work and to share information about public interest advocacy in Alberta. It is published three times per year. 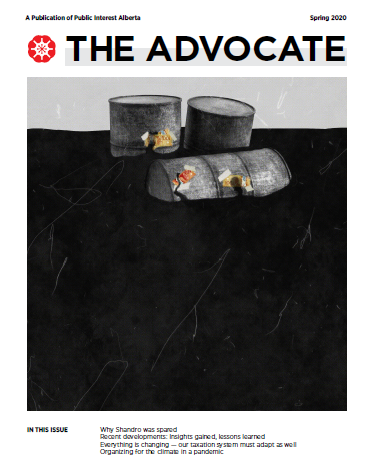 Seniors Drug Program Under Attack Again: Terry Price and Noel Somerville of the Seniors' Task Force at Public Interest Alberta outline to history of threats against the seniors' drug benefit program, and the victories for advocates and activists in protecting this essential public service.

Cuts to Post-Secondary Education Hurt All Albertans: Sadiya Nazir, Chair of Council of Alberta University Students (CAUS) and Vice-President External for University of Calgary Students' Union, speaks out against the brutal cuts to post-secondary education in Alberta.

The Government's Shameful and Cruel Cuts: What are the effects of budget cuts on our province's most vulnerable? What can we do to fix it? 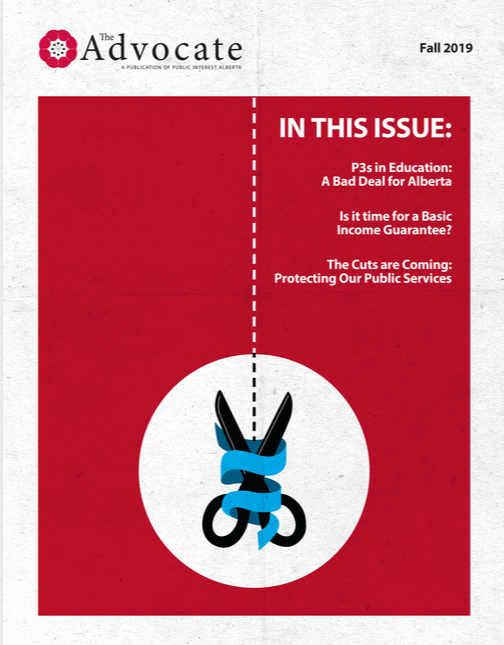 P3s in Education: A Bad Deal for Alberta: Bridget Stirling, Edmonton Public School Board Trustee, explores the history of private-public partnerships in the construction of Canadian K-12 schools, and presents the case for fighting to keep our schools publicly owned and publicly accountable.

Is it time for a Basic Income Guarantee?: Brian Dodd of Basic Income Calgary outlines what a basic income is and why it could be a solution for the economic barriers faced by many Albertans.

Cuts are Coming: Protecting Our Public Services: What do the Blue Ribbon Panel's recommendations mean for the public services Albertans value and rely on? 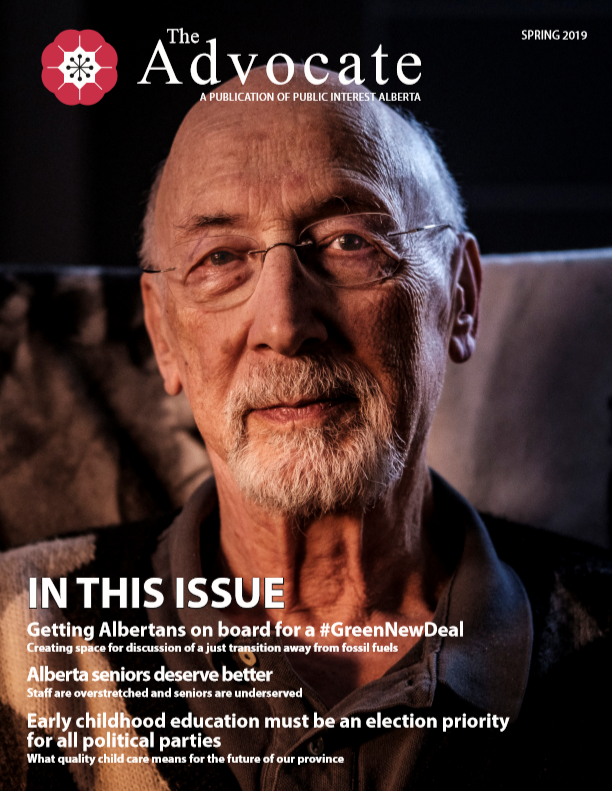 Getting Albertans on Board for a #GreenNewDeal: Bronwen Tucker, Prairie Organizer with the Council of Canadians is creating space for discussion of a just transition away from fossil fuels

Alberta Seniors Deserve Better: Staff are overstretched and seniors are underserved. A new campaign from Friends of Medicare and Public Interest Alberta looks for the solutions

Despite the results in BC, electoral reform is alive and kicking: Peter Adamski from Fair Vote Canada's Edmonton Chapter keeps hope alive to reform the electoral system

Early childhood education must be an election priority for all political parties: Public Interest Alberta's Executive Director Joel French explores what quality child care means for the future of our province 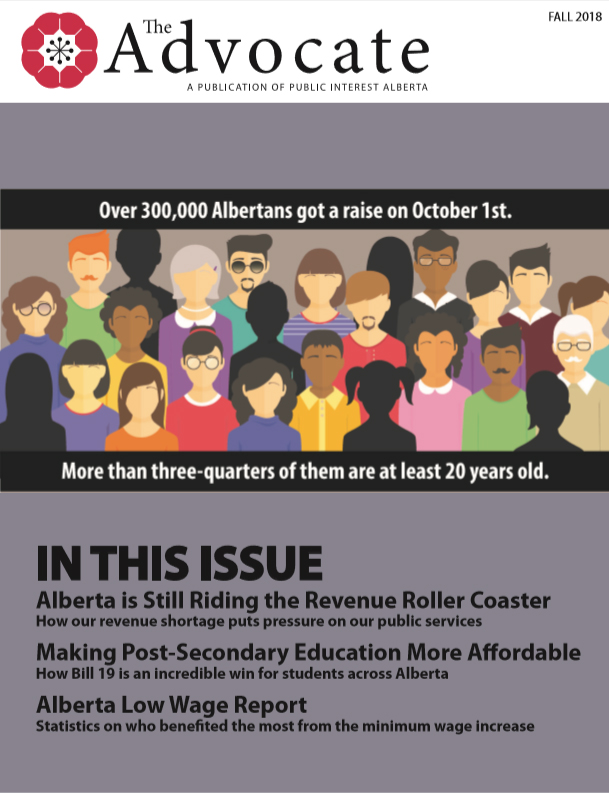 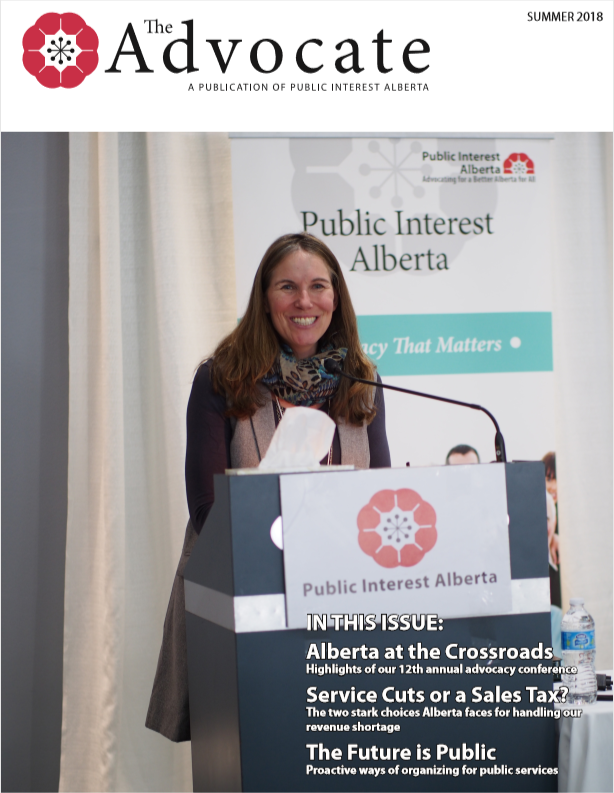 Alberta at the Crossroads - Highlights of our 12th annual advocacy conference 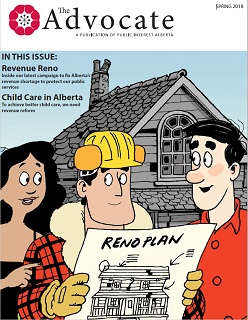 Forward, Not Back - Larry Booi on the classic "fork in the road" choice Albertans face: going forward or going backward. 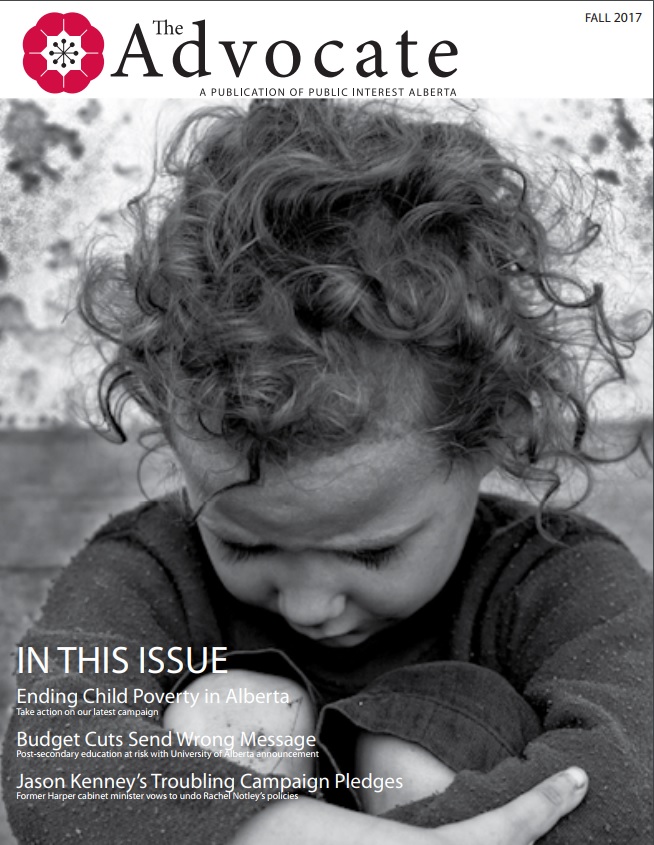 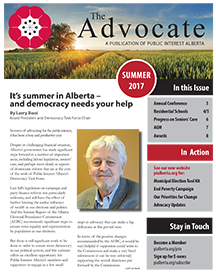 Public Interest Alberta Board President Larry Booi recommends important steps to be taken in advocating for a stronger democracy.

Op-ed by Noel Somerville, Seniors Task Force Chair, on the progress made on seniors’ care.

Updates on our annual conference and our 2017 AGM, where our Public Interest Awards were presented. 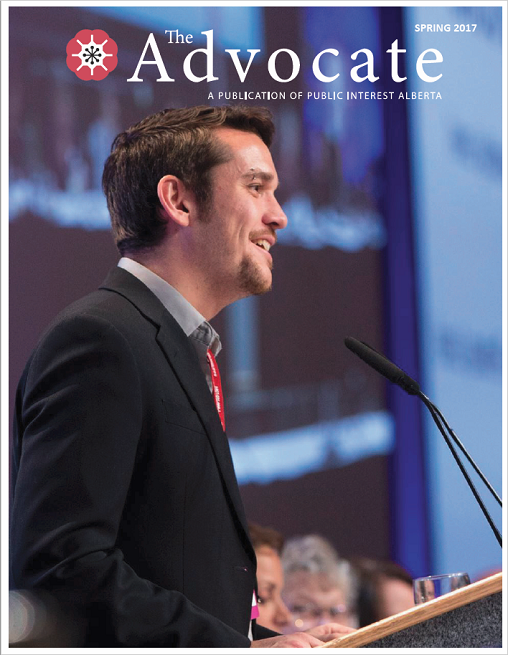 The Spring 2017 issue of The Advocate features a piece from Public Interest Alberta Board Chair Larry Booi on the recent work by the Alberta Electoral Boundaries Commission and the opportunities for getting involved.  Our Executive Director, Joel French, makes a compelling case for the provincial budget to focus on revenue, not cuts and Joan Cannon from the Alberta Green Economy Network writes about the upcoming projects of the network of diverse players in Alberta's green economy.  Finally, Sarelle Azuelos from the Women's Centre of Calgary writes about what municipalities can do, are doing, for child care and early learning.  This issue also features information about our 11th annual conference, BOLD Advocacy for BIG Changes.