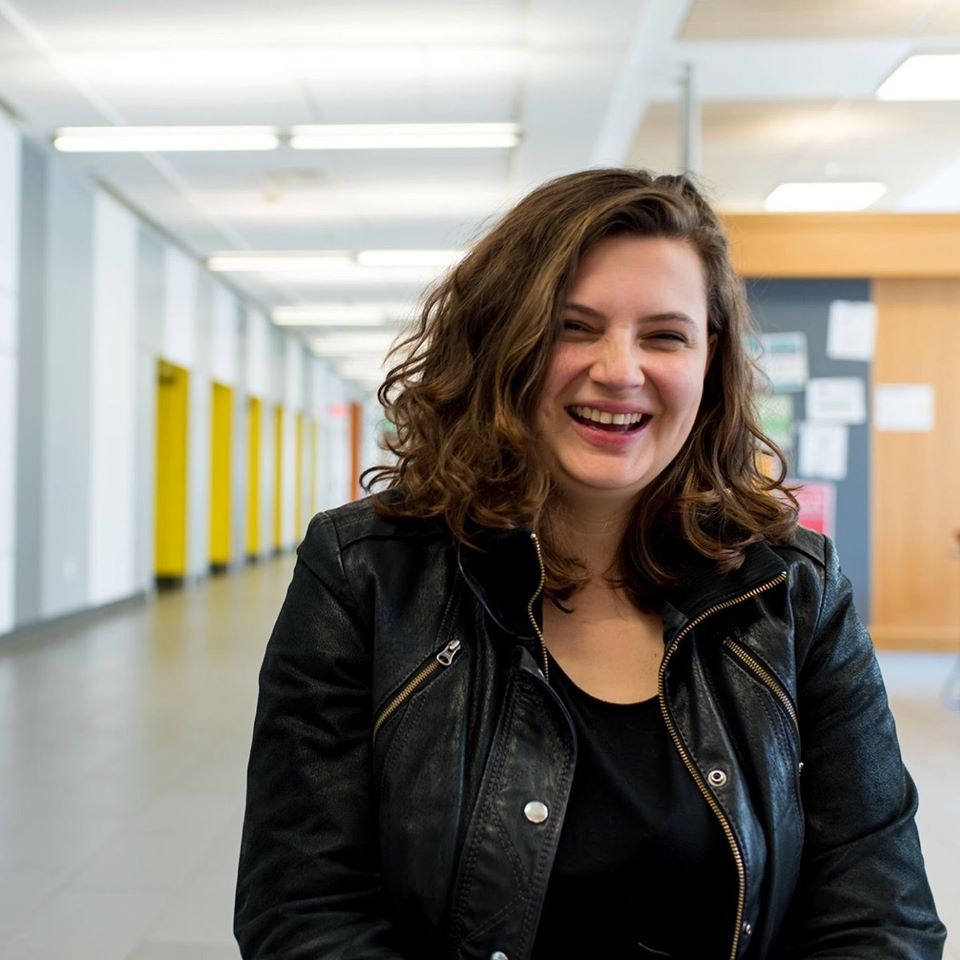 In the Canadian province of Alberta, the United Conservative Party has enlisted accountancy firms to promote its agenda of economic liberalization, cloaking its partisan policies in the bloodless language of efficient management and accounting practices.

In September 2019, in the early days of the United Conservative Party’s (UCP) majority government, Premier Jason Kenney took a trip to New York City to meet with hedge fund managers and right-wing intellectual luminaries about the value of investing in and supporting Canadian oil and gas extraction.

While Kenny was in the United States, he received the honor of “An Evening with Premier Kenney” staged by the Koch-funded Manhattan Institute, a right-wing think tank dedicated to “developing ideas that foster economic choice and personal responsibility” — that is, deregulation and privatization. Kenney described Alberta as the “beating heart of free-enterprise values in the Canadian political culture,” and outlined his plans to institute “ambitious market-oriented reform.”

Austerity for the People

Ambitious” is certainly one way of putting it. Among these proposed reforms were a cut in the corporate tax rate, making it one of the lowest in North America, a reduction in the regulatory requirements for oil and gas extraction, “bringing balance back to labor legislation,” and instituting aggressive cuts and wage rollbacks across the public sector. Kenney told his audience at the Manhattan Institute that Alberta’s public sector had grown bloated on the back of the hard-working private sector.

In the year since that talk, the UCP government has been aggressive and single-minded in pursuit of its economic agenda, echoing the mantra, “Open for Business,” that is so popular amongst the Canadian right and center-right.

While an occasional private members’ bill will crop up espousing more conservative cultural values, the overwhelming thrust of the UCP’s legislative agenda is strict adherence to a regime of austerity — cuts to public services, the muzzling of organized labor, privatization, and tax cuts for corporations. All of this is justified by invoking the need for “cost-saving measures” for an out-of-control public debt.

Immediately upon taking power, the UCP appointed an expert panel tasked with reviewing Alberta’s spending. The Blue Ribbon Panel on Alberta’s finances was headed by former Saskatchewan minister of finance Janice MacKinnon, who had overseen draconian cuts in the 1990s, including the elimination of public programs such as dental care for children and universal drug coverage.

The panel received a mandate to focus solely on reductions to government spending to bring about a balanced budget, conveniently ignoring the entire question of revenue — never mind the construction of a more progressive tax system.

Like governments of similar ideological bent the world over, the UCP likes to use a neoliberal Jedi mind trick, appointing consultancy firm after consultancy firm, panel after panel, to give the illusion that its brutal cuts to public services rest upon a well-researched and considered technocratic rationale.

These panels and consultants serve the same function as organizations like the Manhattan Institute in the United States or examples elsewhere in Canada, like the Canadian Taxpayers Federation (of which Kenney was president) and the Fraser Institute.

These think tanks, reports, panels, commissions, and white papers manufacture the consent necessary to decimate the public sector, and to pave the way for the well-worn playbook of austerity: starve the public service of necessary funding so that it does not function properly, then introduce a privatized “solution” with virtually no public outcry or pushback.

The UCP gave $3.7 million to McKinsey & Company to undertake a review of Alberta’s post-secondary sector modeled on the slash-and-burn mandate set out by Janice MacKinnon in the Blue Ribbon Panel report. As thanks to her hard work — and to keep a wolf in the henhouse — MacKinnon was appointed to the board of directors at the province’s flagship university, the University of Alberta.

In their Request for Proposal, the government directed McKinsey to find ways for the post-secondary sector to be “less reliant” on government grants, to receive more funding from student tuition payments, and to find “entrepreneurial approaches” to how programs are financed or delivered. These directives are requests for political decisions be rationalized through audit-speak.

The UCP’s Request for Proposal, translated into normal language, is a call for the post-secondary sector to make allowances for private donations from corporations and the wealthy, for university research to be directed by corporate interests, and for higher costs to be passed on to individual students for a lower quality of education.

In addition, the McKinsey report is tasked with assessing the “viability” of many post-secondary institutions. This means consolidating the sector and shutting down smaller institutions, which are the ones that create bridging programs to higher academic streams.

As the “beating heart of free-enterprise values in the Canadian political culture,” Alberta is currently the only Canadian province that allows for the charter school model.

As a part of their “market-oriented reform,” the UCP removed the cap for charter schools. They did this right after cutting funding for public education to the tune of $136 million and pushing through the largest mass layoff in Alberta history in the education sector, during which over twenty thousand “non-essential” education workers were let go. In essence, they starved the district of funding and handed over the fractured system to private hands at public expense.

The UCP also scrapped an extensive curriculum review, only to appoint yet another “expert” panel to advise on future directions for Alberta’s public education — with zero representation for active teachers. The panel featured Ashley Berner, a researcher whose work is funded in part by the Charles Koch Foundation, and who supports public funding for charter and private schools.

No Fat for Public Health Care, No Lean for Ernst & Young

Most recently, Alberta Health Services (AHS), the provincial public health care system, has been seriously damaged by another of these “expert” reviews. Ernst & Young (EY), a consultancy firm which sunnily advertises its tax and assurance services as a commitment to “building a better working world,” was awarded a $2 million dollar contract and tasked with a review of Alberta Health Services.

EY were asked to identify “efficiencies” and cost-savings, with zero input solicited on how these measures would affect patients or working conditions for health care professionals. The report, released in February 2020, called for increased marketization of senior care, the consolidation of maternity care in rural areas, and the privatization of laboratory, housekeeping, food, and laundry services in Alberta hospitals.

Some of these measures were put on ice when the collapse of oil prices and the COVID-19 pandemic hammered Alberta. Kenney nevertheless continues to warn of a day of fiscal reckoning. And the UCP are making good on this threat to public services, while ensuring that their pals in the corporate sector get a huge tax cut along the way. By accelerating the “Job Creation Tax Cut,” which was supposed to have been phased in over several years, they have helped ensure an estimated $4.7 billion dollar hole in provincial revenues.

Despite the ongoing pandemic and public health crises, Alberta health minister Tyler Shandro announced on October 13, 2020 that up to 11,000 staff will be laid off from Alberta Health Services, in line with the recommendations of the EY report.

Additionally, they are proceeding with plans for the potential consolidation of services at smaller AHS facilities; the introduction of a co-pay for home care; increased accommodation fees for seniors in continuing care; and increased charges for supplies not covered by AHS.

Shandro claims that enacting these recommendations will “save” the province $600 million; however, this makes little sense. Alberta journalist David Climenhaga describes Shandro’s plan as a “shell game in which the government pretends to be saving money on salaries while spending more on services contracted from for-profit corporations.” This shell game tactic is a UCP favorite, and is also being deployed in the move to provide public funding to private surgical clinics, including a proposed $200 million dollar facility.

EY’s proposals for aggressive cuts will gouge a huge portion out of the membership of public sector unions such as the Alberta Union of Provincial Employees (AUPE), further weakening a labor movement already reeling from the introduction of anti-democratic legislation intended to curtail the ability of unions to organize and advocate, both for their membership and for all working people in Alberta.

But workers in Alberta have had enough. On October 26, a province-wide wildcat strike saw health care workers walk off the job in protest of the UCP’s anti-worker agenda. Anger had been boiling for months, but the last straw, according to AUPE president Guy Smith, was the EY-recommended cuts to AHS staff.

These consultancy firms and panels leech off public money. They work within the bounds set out by the UCP — or whatever austerity-minded government employs their services — on the premise that “spending is out of control” and therefore, the only solution is massive cuts to public services.

Millions of dollars have been awarded over the last year and a half in contracts to provide an ideological smokescreen for the UCP’s brutal austerity regime. It is time for labor to fight back. The recent wildcat strikes are a sign that the fight has begun.