Since Public Interest Alberta was founded in 2004, we have advocated for the protection of public services, and the public interest more broadly, in a time of crisis.  With changes to more progressive governments at both the provincial and federal levels, we are in a time of opportunity for public interest advocacy.  Join Larry Brown, Elaine Bernard, and many other leading activists and thinkers as we discuss how we can have a lasting impact on our province and our country. 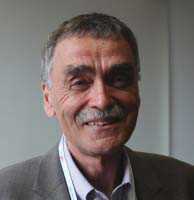 LARRY BROWN, With degrees in political science and law, Larry brown has been Secretary-Treasurer of NUPGE, one of Canada's largest unions, for almost 30 years.  In addition, he is the President of the Canadian Centre for Policy Alternatives and chairs the Public Sector Working Group of the 10 million strong Public Services International and the National Union's Pensions Committee.  He has written and spoken extensively about public finances, debt and deficit issues, the changes in federal and provincial financing, public sector restructuring and the resulting changes in the economic and political structures of Canada that have occurred in the last decade.