Blog | April 18, 2013
Public Interest Alberta is one of many organizations to sign onto an open letter to Alberta Premier Alison Redford regarding her 40/40 carbon tax trial balloon.
Read some background in this Globe and Mail article, "Alberta, industry face wide gap on carbon tax", by Nathan Vanderklippe. 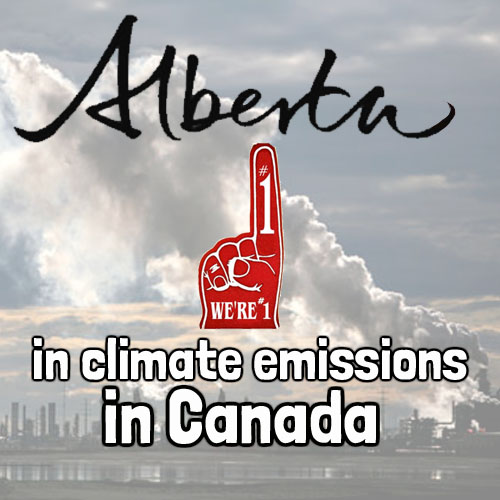 Dear Premier Redford,As a major fossil fuel producer and one of the world’s wealthiest economies, Alberta bears responsibility in the fight against climate change. If Alberta doesn’t face the challenge, who will?Despite your rhetoric, the world is not on course to preserve a stable climate for our children. Fulfilling the modest commitments made in Copenhagen gives us just a 6 percent chance of staying below the crucial 2˚C threshold and more than a one in three chance of the planet warming more than 4˚C. That puts earth on track for climate change that the President of the World Bank has warned would be “devastating” and “risks putting prosperity out of reach for millions of people in the developing world.”In this context, the plan that Alberta has floated to gradually raise its price on carbon to $40 per tonne and increase the emissions intensity target for big polluters to 40 per cent is wholly inadequate. The province’s efforts to date are not showing climate leadership.The world must transition urgently to a low-carbon economy. Alberta can either lead the way or be caught unprepared as other markets move ahead.Alberta can — and must — do more. Even with the 40/40 plan, the average cost to large emitters will be just over half of what they face in neighbouring British Columbia. Polluters will still be allowed to purchase questionable offset credits and pay into a technology fund rather than improve their performance, thus limiting the actual reductions from heavy industry and the oil sands.Getting ahead of the clean energy curve will require bold leadership and a much higher price on carbon in addition to other emissions reduction measures. The market needs a clear price signal reaching at least $150 per tonne by 2020 to make the large investments needed to drive innovative Alberta emission reduction solutions and to stop the expansion of high-carbon infrastructure.We understand the scale of the challenge. We call on you to act and for Albertans and the rest of the world to meet the challenge.Signed,1. Athabasca Chipewyan First Nation
2. Canadian Association of Physicians for the Environment
3. Canada's Citizens Climate Lobby
4. Central Athabasca Stewardship Society
5. Change Alberta
6. Council of Canadians
7. For Our Grandchildren (4RG)
8. Global Exchange
9. Green 13
10. Greenpeace Canada
11. Greenspiration
12. Indigenous Environmental Network
13. Indigenous Tar Sands Campaign
14. Keepers of the Athabasca
15. Peace River Environmental Society
16. Public Interest Alberta
17. Sierra Club Canada
18. Sierra Club Prairie
19. Springvale Surface Rights Association
20. Toronto Climate Campaign
21. West Athabasca Watershed Bioregional Society
22. West Coast Environmental Law