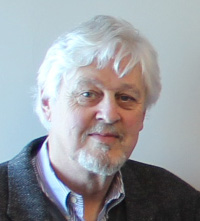 Just before the election call on March 19, the NDP tabled Bill One, which provides a strong statement about the need to take a stand against policies of health care privatization, and the steps that are needed to effectively do so.

The Edmonton Journal’s Emma Graney summarized the main elements of the bill as follows:

The bill cements, via preamble, the government’s commitment to a single-tier public health care system that provides care based on need, not the ability to pay….  Bill 1 prohibits two-tier medicine, extra billing, any form of private payment for insured services and queue-jumping. Physicians and dentists who are paid through the public system would not be allowed to charge patients for services.

These directions are much needed, and most worthy of support. Privatization in our health care system must be actively resisted, and these proposals are a good foundation for advocacy in this area.

The government’s approach focuses on the need to strengthen public health care rather than eroding it through various privatization schemes. It rightly rejects privatization advocates’ arguments about “expanding choice” and “building capacity” through encouraging private alternatives that supposedly lead to more competition and more efficiency in the public system.

An inconsistency arises, though, when we compare the government’s resolute stand against privatization in health care to their approach in K-12 education, where it is equally needed.

Public health care and public education are the two main pillars of our system of strong and equitable public services, and our public education system is also a foundation for our democratic society. Over the past four years our government has upheld policies in K-12 education that not only have failed to prevent further privatization, but in some cases have seemed to support it.

The problem was clearly illustrated in a recent interview with Education Minister David Eggen in Alberta Views. When asked why he was continuing to fund private schools despite the NDP’s previous opposition to that practice, the minister responded as follows:

Well, it’s important to have different choices available and to respect parents’ choice for education. We’ve looked for stability in our education system and in our society generally and I recognize the importance of the diversity we have – public, separate, private, charters, home schooling. Together it’s a strong system. And, if nothing else, I need that capacity. Enrollment continues to grow.

In contrast to what is happening in health care, there seems to be a clear acceptance of these “pro-choice” arguments, and an unwillingness to take the steps to reverse practices that would amount to ongoing privatization in our K-12 system.

For example, Alberta has the highest subsidies in Canada for private schools, at a level of 70% of base funding. Ontario and several other provinces give no financial support at all to private schools, and yet Ontario has nearly one thousand private schools operating in the province.

We can certainly recognize that parents may have a right to send their children to private schools, but if they choose to reject the public system, surely they should pay for that choice themselves. If we go further and provide subsidies for private schools, we are actively undermining our public system of education through funding competing approaches, and at the same time depriving our schools of significant funds that could be used to strengthen public education.

And we are not talking about small amounts of money: Alberta spends in excess of $200,000,000 per year in subsidizing private schools – at a time when our public systems (Public, Separate and Francophone) are strapped for cash and trying to deal with large class sizes and the need for more supports for students with high needs.

Some of these subsidies go to expensive, elite private schools, where annual fees in some cases are in excess of $20,000 per student.

There have been substantial and sustained advocacy efforts asking government to phase out funding to private schools and to stop funding the high-fee schools in particular, and recent polling has shown a majority of the public favour those directions, but the government has rejected these requests.

While funding for private schools is a serious concern, the situation of charter schools may represent an even greater threat in terms of privatization and undermining public education. In Canada, only Alberta has charter schools, an idea borrowed from the United States and started in 1994 by Ralph Klein’s government, supposedly to allow a small number of schools to engage in innovations which might help to “inform” the public education system.

The problem is that these charter schools are actually private schools that are allowed to masquerade as public schools: they receive full funding, but are not accountable to democratically elected school boards and can choose or reject students – both key characteristics of private schools. So why are we supporting this privatizing initiative?

As a central plank in his remarkably regressive and disturbing education platform, UCP leader Jason Kenney has recently stated his intention to take the cap off the number of charter schools, in order to “expand parental choice.”  The original (and continuing) cap of fifteen schools meant that the threat to public systems was relatively contained, but an unlimited number of charter schools in the province has an enormous potential to further undermine public schooling.

It is particularly troubling to see the acceptance of an extreme and glib version of “more parental choice” at the heart of these privatizing directions, based on the simplistic and misguided view, “the more choice, the better.” It is clearly reflected in the actions and words of U.S. Education Secretary Betsy DeVos, who said she came to Washington to promote “the cause of my life – school choice.”

A reasonable amount of parent and student choice in education makes sense, if we are talking about strengthening and working within our public system to provide options of enhanced programs for students to accomplish educational ends such as bilingual programming and arts education.

But charter schools, private schools and home schooling go far beyond those reasonable limits to choice – they actively seek to provide private options that are offered in place of public education, and in competition with it.

We need to see them for what they are: ongoing privatization by stealth, supported by an ideological commitment to an extreme view of school choice, which will further undermine our vital system of public education.

Our reaction should be to call on political parties to support a parallel bill which will do for public education what Bill One proposes to do for public health care. It should include the following elements:

Alberta’s provincial election offers excellent opportunities to promote these directions with all parties and candidates, as a prelude to the bigger task of ongoing advocacy that will be required to strengthen our public education system in these vital ways in the months and years to come.