May 15th - Protest against cuts to programs for People with Disabilities 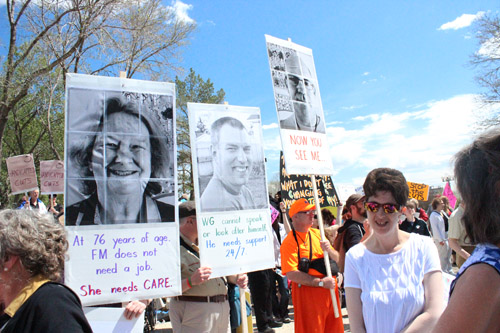 On May 15th at noon, Public Interest Alberta joined the Protest against cuts to programs for People with Disabilities at the Alberta legislature.It was an amazing turnout by disabled Albertans, their supporters and those that attended for those that couldn't displaying signs, "now you see me".Everyone raised their voices against the $42 million dollar reduction to disability services to take place July 1st, which Associate Associate Minister Frank Oberlie announced in April. 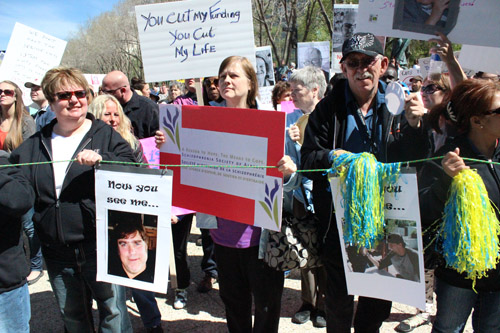 “As organizations and individuals have begun to see how significant and deep the cuts are people are becoming increasingly alarmed and mobilized,” says Ryan Geake, Executive Director of the Calgary SCOPE Society. “We are very concerned about the impact these cuts will have on the lives of people with disabilities and we are asking for them to stop.”This event was organized by many groups around the province concerned about the direction that PDD is going.