Please join us for a celebration of the achievements of two phenomenal advocates.The award ceremonies will take place on April 10th and 12th as part of PIA’s 7th annual advocacy conference. We hope to see you there.We are delighted to announce that this year’s recipients of our Public Interest Award are the Global Cafe, at Jasper Place High School in Edmonton and Evelyn Schuler, from Medicine Hat. Thank you to Alberta Views Magazine for sponsoring this year’s award. Our two recipients will be awarded with $750, which will be contributed towards their organization, or an organization of their choice. 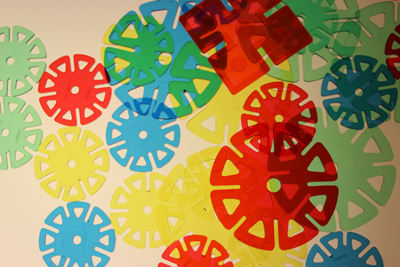 In Calgary, join us for the presentation of the Southern Alberta Public Interest Award. Featuring Fighting for Our Future: People Power vs. Corporate Control, our conference keynote talk with: Linda McQuaig, Author of the Trouble with Billionaires; Crystal Lameman, Beaver Lake Cree Nation and Gregor MacLennan, Amazon Watch and Peas Peas Ayui, president of the National Achuar Federation of Peru (via video).Wednesday April 10 @ 7 pm
Parkdale United Church
2919 - 8 Avenue NW, CalgaryTickets are $15, and can be purchased at Pages Bookstore, the Arusha Centre (call 403.270.8002), or online.

In Edmonton – join us for the presentation of the Northern Alberta Public Interest Award, music, and refreshments. This event is a joint fundraiser for Friends of Medicare and Public Interest Alberta.Friday April 12 @ 7pm
Chateau Louis Conference Centre
11727 Kingsway Avenue, EdmontonTickets are $20 and are available at Public Interest Alberta (call 780.420.0471), Friends of Medicare (call 780.423.4581) or on-line.ABOUT THE RECIPIENTSNorthern Alberta Public Interest Award - The Global Cafe, EdmontonThe Global Cafe started out in 2011 as an empty room full of potential. A few curious students joined the cause of building an authentic space for student voice in Jasper Place High School. Today, the Global Cafe occupies a unique niche within the school, a niche well-loved by teachers and students, and at the same time fosters relations between the school and surrounding community, and Edmonton at large. It has become a space for engagement, active participation and creation. Students spearhead events and initiatives, from starting a radio station (CKJP), to running a coffee shop, building a website, growing their own tea and composting. This spring, led by Global Cafe youth, students started a campaign called #EdStake in response to provincial government cuts to public education. The Global Cafe has received acclaim and recognition from the likes of educators and mentors in Calgary and Grande Prairie, in the Globe and Mail, and from as far away as Helsinki, Finland, and was recently nominated for a Human Rights Award from the John Humphrey Centre.  Southern Alberta Public Interest Award – Evelyn Schuler, Medicine Hat Evelyn Schuler has spent a lifetime caring for others. In addition to her achievements as a nurse and health-related advocate, she was nominated for her work with Friends of Medicare. In 2007, she became the Palliser region’s representative with Friends of Medicare’s provincial board and has served two terms. She has used her nursing background to provide perspective on seniors care in particular, and also on the expansion of the Medicine Hat Hospital. She has also worked tirelessly for the health of the South Saskatchewan River. In the late 1960s, the frothiness of the river prompted her to start a consumer movement in Medicine Hat for phosphate-free soap. She rallied against the Old Man Dam in the 1980s, and later helped form the Prairie River Stewards. She is a member of Greenpeace Alberta, Grasslands Naturalists, the Peace River Environmental Society and Partners of the South Saskatchewan River Basin. As a twenty-year executive member of the Medicine Hat NDP, she has influenced not only the party’s environmental caucus, but also its day-to-day functioning in Medicine Hat.ABOUT THE AWARDSThe PIA Public Interest Award is a way for Public Interest Alberta to give public recognition to those making important contributions to promoting the public interest in Alberta, and to say thank you to all of the advocates who make the public good their priority. Facing the political obstacles in this province is no easy task. We can't do our work without your work, so each year we recognize two individuals and/or organizations.CRITERIAThe award is given to two individuals and/or organizations, one from Northern Alberta, and one from Southern Alberta, who are making an exemplary contribution in one or more of the following ways: